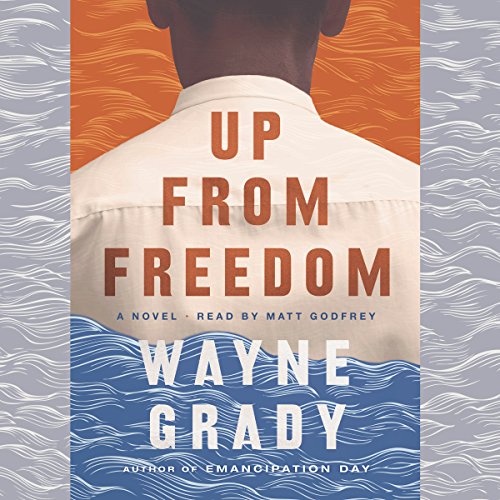 For fans of Colson Whitehead, James McBride, Yaa Gyasi, and Lawrence Hill, Up from Freedom is a powerful and emotional novel about the dangers that arise when we stay silent in the face of prejudice or are complicit in its development.

As a young man, Virgil Moody vowed he would never be like his father, he would never own slaves. When he moves from his father's plantation in Savannah to New Orleans, he takes with him Annie, a tiny woman with sharp eyes and a sharper tongue, who he is sure would not survive life on the plantation. She'll be much safer with him, away from his father's cruelty. And when he discovers Annie's pregnancy, already a few months along, he is all the more certain that he made the right decision.

As the years pass, the divide between Moody's assumptions and Annie's reality widens ever further. Moody even comes to think of Annie as his wife and Lucas as their son. Of course, they are not. As Annie reminds him, in moments of anger, she and Moody will never be equal. She and her son are enslaved. When their "family" breaks apart in the most brutal and tragic way, and Lucas flees the only life he's ever known, Moody must ask himself whether he has become the man he never wanted to be - but is he willing to hear the answer?

Stretching from the war-torn banks of the Rio Brazos in Texas to the muddy waters of Freedom, Indiana, Moody travels through a country on the brink of civil war, relentlessly searching for Lucas and slowly reconciling his past sins with his hopes for the future. When he meets Tamsey, a former slave, and her family trying to escape the reach of the Fugitive Slave Act, Moody sees an opportunity for redemption. But the world is on the cusp of momentous change, and though some things may be forgotten, nothing is ever really forgiven.

"Powerful.... Forgiveness is not easy, nor is the story that Grady tells.... But at a time when racism and violence is still tearing at America - and Canada - it is a timely story that sheds light on how far we have and have not come.... [Up from Freedom] is a deeply layered story well told." (Toronto Star)

"This is a moving and eye-opening reminder of history's deep scars. In the best tradition of Toni Morrison and Colson Whitehead, Grady brings home the truth that there are no simplistic ways to combat and overcome deep-rooted hate and fear." (Booklist, starred review)

"Up from Freedom is an exceptional novel, and one that I expect will be widely read both in Canada and the United States, and around the world.... Up from Freedom brings all of [Grady's] skill as a writer to the page, and his story is one you will not forget." (Waterloo Chronicle)

"Harrowing...[and] meticulously researched.... What does it mean to 'own' somebody? How much harm and violence are caused by that notion? What is 'freedom'? What is 'redemption'? Deep dives into the unsettling and murky past of one family." (Margaret Atwood)

This book is excellent. Wayne Grady did not leave anything out. It’s serious drama, it’s comical, it lifts you up then spirals you down listening to the tragedy of slavery. Matt Godfrey left you spellbound As he delivered