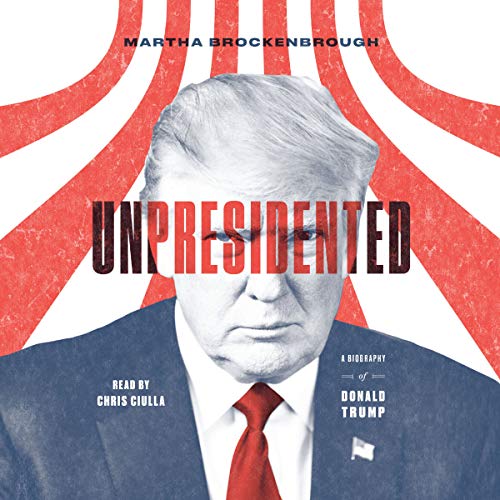 This program includes an introduction read by the author. A riveting, meticulously researched, and provocative biography of Donald J. Trump from the author of Alexander Hamilton, Revolutionary.

Born into a family of privilege and wealth, he was sent to military school at the age of 13. After an unremarkable academic career, he joined the family business in real estate and built his fortune. His personal brand: sex, money, and power. From no-holds-barred reality TV star to unlikely candidate, Donald J. Trump rose to the highest political office: president of the US.

Learn fascinating details about his personal history, including:

Discover the incredible true story of America’s 45th president: his questionable political and personal conduct and his unprecedented rise to power.

What listeners say about Unpresidented

While I am not a fan of what Trump has done in the Whitehouse I wanted to know more about the man who is currently running our country. Was he really as bad as everyone on the left says or is he as great as everyone on the right says? What I was looking for was something without the presenters opinion interjected into the facts about the president so I could work on forming my own opinion.This is NOT that book. The distain for Trump in the authors writing and the performers voice is so in your face it makes listening to the story cringe worthy. If you are looking for a non opinionated story of just facts then look elsewhere.