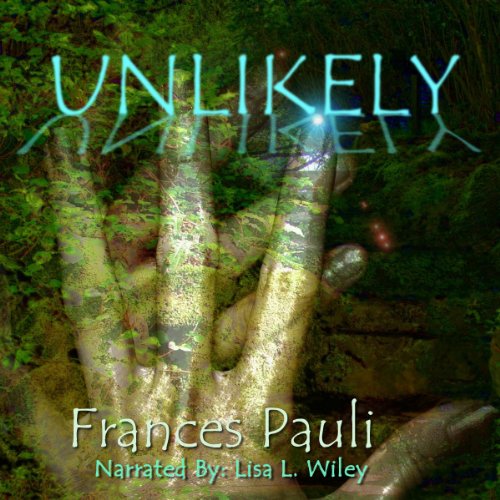 By: Frances Pauli
Narrated by: Lisa L Wiley
Try for $0.00

Satina knows better than anyone that gangs are bad news. As a Granter, she uses her magic to help people escape them. So far, her sole reward has been a life on the run, dodging from pocket to pocket and only landing in the ordinary world long enough to put her special skills to use. When the goodmother arrives in Westwood, however, a magic-hungry gang is just one step behind her, and their leader wants more than just the town. He wants Satina, and he'll do anything, use anyone, to get her.

Though Satina finds an unlikely ally in Marten, the imp Skinner who manages to help more people than he hurts, it will take all the power they can summon to keep Westwood's secrets from falling into the wrong hands, to keep one wide-eyed girl from following the wrong man, and to keep Satina herself from falling in love with the only person in the world who knows how much of a fraud she really is.

What listeners say about Unlikely: A Kingdoms Gone Story (Volume 1)

Would you consider the audio edition of Unlikely: A Kingdoms Gone Story (Volume 1) to be better than the print version?

Haven't read the print. On one hand, the narration was sometimes stilted. On the other hand, I may never have read this book in print. My job lets me listen to audiobooks as I work, so I am very glad this is in audio format.

Where Satina shows Marten her secret pocket where she harvests her medicinal herbs, which are guarded by a gargoyle.

An unlikely group of characters trying to save just one small village.

This story was rich and magical. Frances Pauli created a world with its own lingo, a rich atmosphere that I sank into. I loved riding around in Satina’s head, figuring out her world and the mess she stepped into in Westwood. There’s history and lost knowledge to be considered, different cultures and peoples, and the broken down disarray that allows the gangs to rule. And of course, there are the other magical denizens keeping a low profile in Westwood.

Enter the imp Skinner, Marten. Is he a bit of a mischief maker? A little chaotic good? At first Satina isn’t sure. Marten runs a little store in Westwood and the bullying gangs aren’t above wrecking the place and roughing up Martin to force Satina into helping them with their plans for total local domination. Marten was an intriguing character since I was not sure where he stood at the beginning. Of course, I became quite fond of him by the end. And one gang, lead by Zane, became more of a pain in the ass than the others. While Zane threatens Marten’s health to get Satina to help him, he also lets Satina know that more of her is desired.

My favorite aspect of this story was the pockets, magical bubbles closed off from the real world unless you have the magic and can enter them. In these pockets, many of the remaining magical folks (faeries and such) choose to live. These pockets range in size from small grassy knolls perfect for a lovers’ tryst to small villages (where the magic folk can romp and play). Satina uses the pockets to travel safely, often setting up camp in one at night (provided she can find one). We learn a little about the magical denizens of these pockets, how they have chosen to shut out the real world and humanity. And because of this, much of humanity has forgotten how magic works.

All in all, a very good start to a fantasy series. There’s been great set up of Satina’s world, with plenty more left to discover.

Narration: Lisa L. Wiley was a good choice for the voice of Satina. She had a great mix of wonder, hesitancy, and resolve in her performance of Satina. Her male voices were also decent. On occasion, Wiley did narrate rather slowly and a few times there was some stilted speech patterns. These were not enough to make me put the book down.

I was given a copy of this audio book in exchange for an honest review.

I really enjoyed this book. I actually enjoyed it more than I thought I would. The characters are well developed and quite likeable. It has a good pace and flows nicely. I thought the world the author created was well constructed. I am looking forward to the rest of this series because the author leaves the reader with just enough unanswered questions. I would recommend this book for adults that enjoy reading children's fiction and obviously for tweens and adolescents. The narrator did a fair job, with no mispronunciations.(If you listen to audio books as much as I do, you know how important that is!)

A story full of magic.

I really enjoyed listening to Lisa L Wiley. The characters were distinct and Wiley's voice was not overbearing. I was never pulled out of the story.

A story full of magic.

I expected this to be more darker then I expected but it did not put me off the story. I actually enjoyed listening to it. My only negative is I would have liked a little more background information on the characters. Other then this it is a great listen and I would recommend it.

Unlikely was a pretty interesting take on a fairy tale. The story follows Satina who is a "Goodmother" or granter which means she has part Gentry blood which are magical beings and this gives her powers. She tries to help people and grant their wishes. The current world consist of two warring factions, the Shades and the Starlights which are essentially gangs who take what they want when they want it. Satina is able to travel and teleport by finding 'pockets' that she can enter and travel between, these pockets are holdovers from a time when magic was more prevalent and the entire world was essentially a pocket but now it is just these small areas that are still filled with magic. Satina travels through a pocket while she is fleeing some Shades and arrives in the town of Westwood and meets up with a 'Skinner' who is part imp named Marten and the strike up a 'friendship'. Soon after Satina arrives a gang of Starlights enters the town and things soon get interesting/dangerous.

This is an interesting story but is a bit vague on details and backstory but that might be filled in in future installments. The narration by Lisa Wiley was quite good and especially fit the main character.

This book was what I was hoping for a fairy tale like feeling but a new twist. I enjoyed it! The plot was fun and exciting and the characters were interesting even though not a lot of background on them was given, The audio book was great to listen too and I felt it pulled me into the book more. "This book was given to me for free at my request and I provided this voluntary review."

Give it a try

I found this story a little hard to follow at times. Narrator gives a goid performance, given a little more seasoning could become a favorite of many.
Overall, an interesting listen.
This audio was given to me free, and I voluntarily gave this review.

I really enjoyed this book! The author does a great job with world building, and has a unique take on many of the magical creatures you think you know. I especially love our main character, the "Goodmother". What a cool way of looking at the same old boring stereotype! If you're looking for a book that is filled with Magic and adventure, and that will definitely keep you listening, this one's for you! I received a free copy of this book and am choosing to leave this honest review.

This story has a bit of romance, mixed with magic and fairytale type creatures that make this a unique story.

The main character, Satina, travels thru her home kingdom looking for a place to settle down. However, she is constantly hunted because of her magic and abilities. So much so that she has to tone down her own appearance & magic each place she moves to in order to hide just long enough to eat and rest. She is able to move instantly by having her magic create a "pocket" which she can then choose a different place to go. This ability saves her life many times.

Without giving spoilers, I can say that I was surprised by a character who was very different at the end. A lot of stories you can catch onto who is who, with this one, completely did not get it until the end. I also feel that in the next book we will learn she has more magic that is not yet tapped in to.

The narrator has a lovely voice, she did pause sometimes, but it didn't really take away from the story for me.

I do look forward to the next book.


This audiobook was provided by the author, narrator, or publisher at no cost in exchange for an unbiased review courtesy of AudiobookBlast dot com

I don’t usually read many books from this genre, but I really enjoyed this one. The narration brought the story to life and held my interest throughout. The story was well thought out, complete and will keep you listening. I will definitely be watching for this author in the future.

* I was provided a free copy of this book from AudioBookBlast for review.