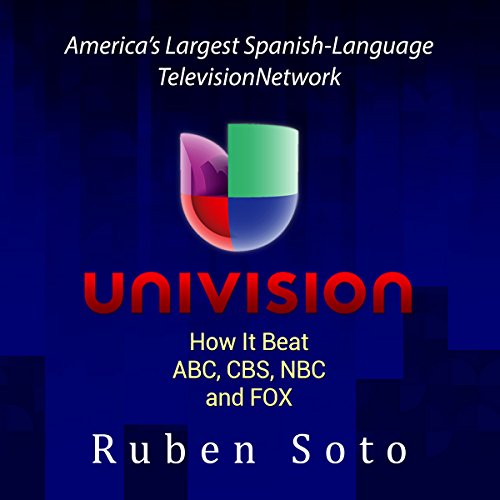 By: Ruben Soto
Narrated by: Josh Brogadir
Try for $0.00

Ruben Soto gives us an insightful and informative history of the leading Spanish-language television network in the United States.

This book will show you how Univision changed American television from an all English-format to one that includes Spanish. You will also hear how Univision convinced advertisers that Hispanics had huge purchasing power.

Spanish-language television has grown immensely in the United States due to Univision's popularity and to the growing Hispanic population in the United States. The Hispanic population in the US is estimated to be over 50 million with a purchasing power of $1.5 trillion. Hispanics enjoy watching television, and Univision continues to be the most popular Spanish-language television network in the country.