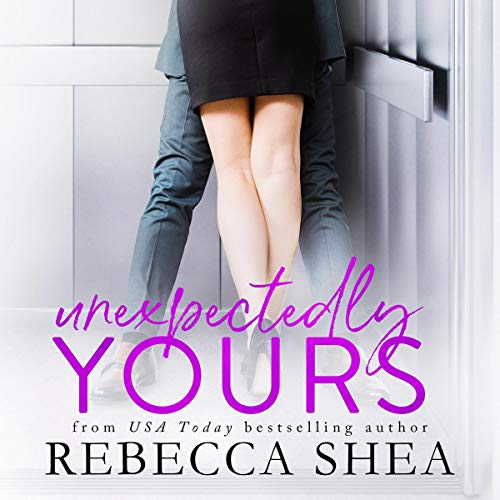 By: Rebecca Shea
Narrated by: Callie Dalton,Teddy Hamilton
Try for $0.00

One night of unbridled passion.

It was the only thing Andrew McPherson and Grace Morgan could afford.

They promised they would never see each other again, but fate had other plans. Andrew’s entire life has been spent working toward one goal - to own the top advertising and public relations company in the world. He’s driven, ruthless when it comes to business, never letting anything stand in his way...until Grace.

Grace has worked hard to build her advertising career. She’s fiercely talented and dedicated to her clients. Grace has no interest in getting involved with a man when she knows her focus should be on her career and paying off her mounting debt.

Andrew knows better than to get involved with a woman who is completely off limits, but he never backs down from what he wants, and he won’t stop until Grace is his...only this might cost him more than he’s willing to give.

What listeners say about Unexpectedly Yours

This was my first Rebecca Shea book and I was pleasantly surprised how good it was. This wasn’t so much an office romance but a chance meeting insta-love romance. It was fast paced and romantically stimulating. There was undeniable chemistry and romance for miles.

Teddy Hamilton and Callie Dalton were ridiculously perfect for this book. I could imagine these characters in my head as I listened.

I’ll definitely be picking up more books by Rebecca in the future.

5 Is It Getting Hot In Here Stars!!

Once again Callie and Teddy brought a book to life with their wonderful narrating and bringing this story to life. I even found myself squirming in my seat because they're SO GOOD at the especially sexy parts!

I absolutely loved this book by Ms. Shea. Drew and Grace meet one night and thanks to some drinks loosening up their minds and bodies have a night of out of this world passion. Little did either of them know that their lives were about to become entwined in ways they weren’t looking for!

Their connection was strong and as much as they didn’t want to be together, there just wasn’t a way to deny it…at least that’s the way Drew felt…he just needed to get Grace on board! And boy howdy does it do this in grand scale. I’m a huge fan of insta-love stories and this one is right up there on my list. I love how Grace doesn’t let Drew run roughshod on her life and as much as she doesn’t want to love this man, she finds herself falling fast and hard!

Ms. She did a fabulous job of writing an office romance combined with insta-love and it has to be the hottest book she’s EVER written. There’s humor, heart and soul and a connection between our H/h that carries the story from beginning to end. I’m really hoping we’re going to get some of the secondary characters stories in the future!

I really loved this book

It always great when Rebecca releases a new book and I really liked this book. Really fun start to finish and the narration was great to. Thanks for another awesome book

I love the narrators!!!

The narration brings you into the story and transform the story. Unfortunately the story was too predictable. I did love how it was written though.

I’ve got every one of Rebecca’s audiobooks (including the ones co-written by the wonderful A.L. Jackson) and loved them.. but, for me, this story was just a wee bit too insta. I really don’t mind these insta fast-paced love stories.. but, in just over a week, Andrew (aka Drew) and Grace had had a one night stand, had found out Drew was the new owner of the Company where Grace worked, found him a new $4+ m apartment, chosen an Interior Designer for it and moved in together!.. wow. By the second, third and fourth week there were many more milestones achieved.. like instantly forgiving, reconnecting and playing happy families with Drew’s five year estranged brother who’d slept with his then girlfriend.. and, by the month’s end just about every milestone was achieved!!

Don’t get me wrong, this was an enjoyable pain-free dual PoV listen with a flash of drama and angst towards the end which was soon cleared up. There were some sexy times, sweet times, family times, fun times and a drop of angry times.. and Callie and Teddy did a great job at bringing the story and its characters to life. The epilogue was very sweet.. but it didn’t reveal which color it would ultimately be.. and for that I was sadly disappointed.

Worth a credit? Hmmm, I’ve heard worse - and I’ve heard better and (for me) I’ll be honest.. this was somewhere in-between.. but what brought the magic and made it creditworthy was the narration.. and for that I’m grateful. If you love insta EVERYTHING then this book is for you, if you don’t mind insta and want a very sweet ‘n easy flow-through romance that’ll leave you with a smile on your face then, again, this book is for you.. but, if you want anticipation, climactic suspense, drama, intrigue, pulse-pounding highs and torturous lows.. then maybe chose another book.