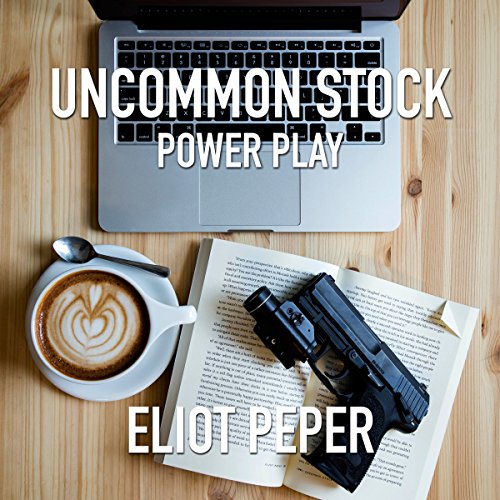 By: Eliot Peper
Narrated by: Jennifer O'Donnell
Try for $0.00

When Mozaik's first major project reveals a dark secret at the heart of a large international bank, Mara and her team get sucked deeper into a conspiracy of dangerous money launderers, dysfunctional team members, and shady venture capitalists.

Can they build a new business and survive intact? Their company and their lives are on the line.

Who will win in this play for power

Power Play jumps right in where Uncommon Stock Version 1.0 left off. The Mozaik team are still trying to catch the money laundering bad guys while trying to solve the murder of some of their own.

The narration for Power Play was done by Jennifer O'Donnell. She narrated the first book also and does a wonderful job on both. Her voice seems to lend perfectly to Mara's character. She has power and softness. Care and edge. O'Donnell is definitely a wonderful narrator.

I was excited when I got my hands on this book, I really found myself enjoying the first one and I needed to know where the book continued. I honestly don't know how many Uncommon stock books that Peper has written or is planning to write, but I really enjoy these characters. Their interactions with each other and those who come and go in the story feel real and genuine.

I can tell you a few things about Eliot Peper just based on his writing and what he happens to write about. He is a big fan of craft beer, he might be a bit of a foodie, and he definitely enjoys climbing. All of these things make Mara and the others feel like real living breathing people. The way that Mara orders a stout and won't back down really hits home with me.

Overall, Power Play picked up where the first book left off and never took its foot off of the gas. This was definitely a non-stop ride through the joy and terror that the Mozaik team is going through in this ongoing saga.

I do warn those who have not read the first book -- you will be incredibly confused. Do yourself a favor and pick it on either on Amazon or on Audible (the narration really makes these stories). Check that out, and then grab Power Play once you're finished.

If you enjoyed this review and/or found it helpful, please vote for it!

To see more reviews like this check out BriansBookBlog DOT com.

I really loved the first book in the series with fantastic startup advice mixed with a fun story, but this second book really turned up the heat and is a real page turner. This book should be required reading for anyone with even the mildest interest in startups.