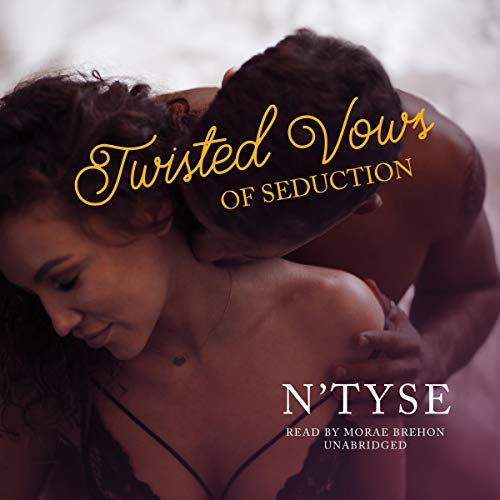 Some secrets aren't meant to be kept.

In this scandalously provocative soap-drama series, deceit, seduction, and a tempestuous affair intertwines the lives of lascivious lovers who will go above and beyond to keep their sexual trysts a secret, but the curse of temptation will lead to revelations that may result in their own demise.

Still mourning the death of his lover, Denise, Greg Adams conspires to leave his wife. He believes that Denise has come back to him in the form of a woman named Naomi Brooks, and he can't forget her. But there's one problem - his wife is going to honor every line in their wedding vows until death does them part.

Naomi Brooks, a recovering alcoholic, enters into an orchestrated affair to deceive Greg by creating the perfect illusion. Will the plan work or will she find herself a victim in a twisted game? A long-term torrid affair with her best friend's husband, Jeff, has scarred Nadine Collins for life.

Nadine decides she must take a vow of celibacy to cleanse her spirit. While her journey seems impossible, she can see a light at the end of the tunnel. There's only one problem: she's still not over Jeff, now a divorce living life in the fast lane.

Menage, an aspiring actress, has her sights set on Hollywood. She will do anything to ensure her rise to the top, including robbing Jeff of all the life insurance money he collected after his wife died. But a blast from the past slows her down. When Jeff comes running to her rescue, it proves to be the perfect setup.

What listeners say about Twisted Vows of Seduction

My nerves are B A D!!! Anxiety and excitement is out the roof!!! This author was suggested to me by my audiobook selection!! Thus talented storyteller is absolutely underrated.
Mi can’t even do the review justice for rushing off to book 3!!!

My review of book 1, was way premature!!! I had no idea she’d tie this bow of adrenaline and mayhem into this knot of pure addiction.
Nette in Colorado

I love this series!

I was never much of a book reader but I can listen to these stories all day! It's crazy how this series is set up like a movie! I'm about to purchase book 3 now!

Okay so, is there a book 3 I'm supposed to be waiting on? Like, I need a "To be continued" or something at the end if it is because this ending was totally lack luster and left me with a million other questions. Other than that, it was a decent read and the way everybody was somehow in relation made for an interesting plot.

Jeff so stupid, bringing a stripper in your house. Minage plans are on a money train straight out of Jeff bank account. Nadine too naive and slow, wake up chic but overall this is a good book

I enjoy the narrator. The sequel was slow at first, then the mystery and turn of events occurred. I am ready to listen to the 3rd installment.

great book. I really enjoyed this book. I look forward to reading more books from this author in the future.

Whoa! Twisted was a great title!! Who could of come up with such a great yet tragic story.. Bravo.. please tell me more.😉

I am enjoying this series immensely; the book has elicited a myriad of emotions; straight up drama done tastefully if there is such a thing. One particular part of the story made me laugh my butt off. Morae narrates female drama queens very well; male voice still sounds a bit ragged. Can’t wait to listen to the next book!