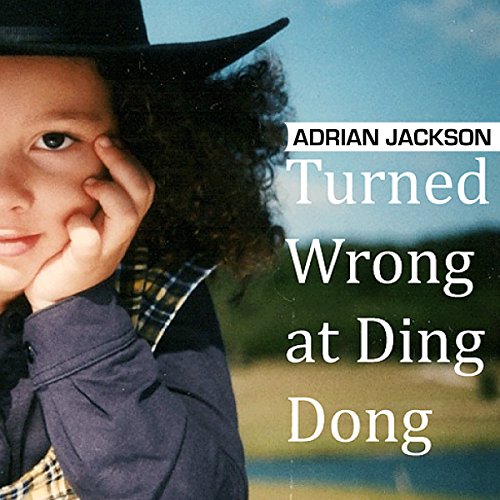 Texas, Travels and Opinions on Everything
By: Adrian Jackson
Narrated by: Michelle Babb
Length: 8 hrs and 16 mins
Categories: Bios & Memoirs, Personal Memoirs
4.5 out of 5 stars 4.7 (3 ratings)

Nothing says Texas like a drive-thru liquor barn. If you've ever driven through one you know it's floor to ceiling liquor. It's like a museum. It's an awe inspiring collection of scotch, beer, whiskey, brown liquor, blue liquor, creamy white liquor, hard stuff, girly stuff, and mixed drinks. The bartender came to my car with a tray full of Styrofoam cups. Each had a sliver of clear tape across the straw hole. I thought, is he kidding? A piece of tape? That slight piece of tape was apparently going to save my ass from jail, should I have gotten pulled over by the police.

Adrian Jackson is a freelance columnist in Beeville, Texas. She holds a masters' degree from Texas Tech University (Go Red Raiders!) In her spare time, she works at a local college; raises a daughter, a pair of Labs and a cat; and entertains the idea of earning a PhD.

If you could sum up Turned Wrong at Ding Dong in three words, what would they be?

Those are the best stores and her tale about it was great.

No real character except the author.

What does Michelle Babb bring to the story that you wouldn’t experience if you just read the book?

Her accent is perfect for this book.

I laughed though a lot of the Texas parts since I live here and they are right on cue.

I thoroughly enjoyed this book. It made me think back to times and events that happened during the writing. There is plenty of humor, but also

serious issues related. The author touches all sides of human lifestyles . Some of my favorite things opinionated parenting, bacon, and chocolate.

The narration was well done. The characters were excellently portrayed. Michelle Babb delivers yet again!!!!