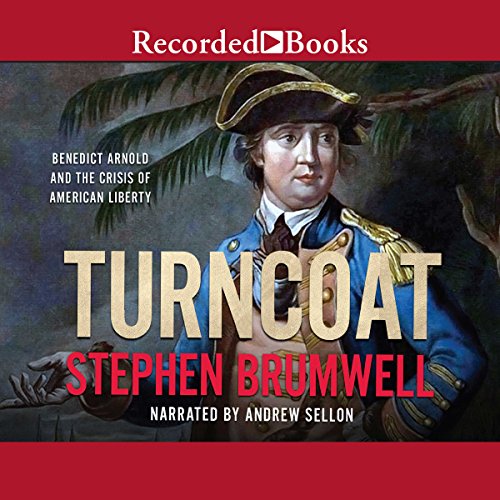 By: Stephen Brumwell
Narrated by: Andrew Sellon
Try for $0.00

General Benedict Arnold's failed attempt to betray the fortress of West Point to the British in 1780 stands as one of the most infamous episodes in American history. In the light of a shining record of bravery and unquestioned commitment to the Revolution, Arnold's defection came as an appalling shock. Contemporaries believed he had been corrupted by greed; historians have theorized that he had come to resent the lack of recognition for his merits and sacrifices. In this provocative book, Stephen Brumwell challenges such interpretations and draws on unexplored archives to reveal other crucial factors that illuminate Arnold's abandonment of the revolutionary cause he once championed. This work traces Arnold's journey from enthusiastic support of American independence to his spectacularly traitorous acts and narrow escape. Brumwell's research leads to an unexpected conclusion: Arnold's mystifying betrayal was driven by a staunch conviction that America's best interests would be served by halting the bloodshed and reuniting the fractured British Empire.

What listeners say about Turncoat

Fantastic story that provides great insight into the mind and motives of America's most notorious traitor.

Best examination of Arnold and why he changed sides. It is not as simple as you think