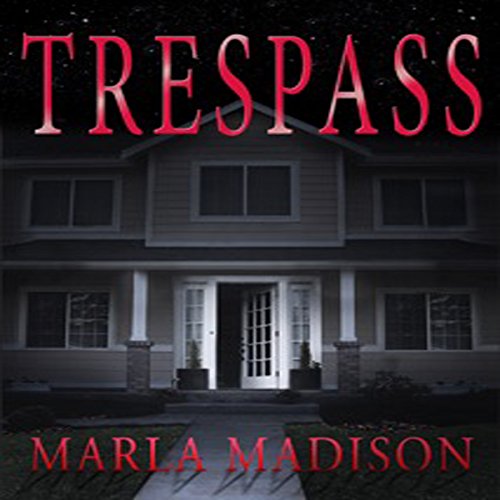 By: Marla Madison
Narrated by: Dana Green
Try for $0.00

A deadly house explosion lures private investigator TJ Peacock to the site of the fire where she meets Gemma, a woman tortured by the death of a friend who died in the explosion.

Gemma is convinced the explosion was deliberate and hires TJ to find out who murdered her friend. TJ takes the case and returns to the work she loves, despite feeling guilty about neglecting the responsibilities of her other roles as a wife and mother.

When a series of attacks and a murder take place in the same neighborhood as the explosion, TJ unearths a bizarre connection to a 16-year-old double suicide of a couple who were partnered in a swingers' group. A killer is trying to eliminate everyone who had been players in the group.

The clock is ticking as TJ tries to unravel the mystery before more people are killed.

What listeners say about Trespass