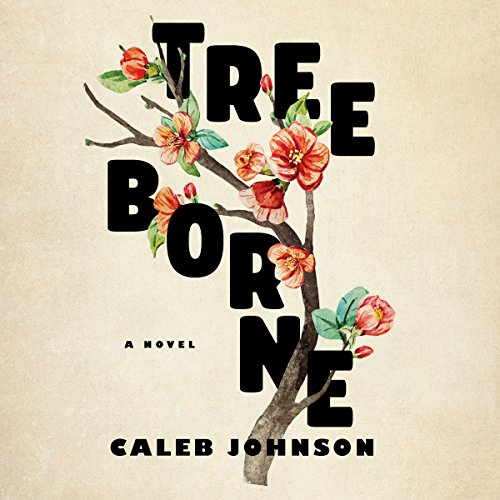 By: Caleb Johnson
Narrated by: Courtney Patterson
Try for $0.00

From Caleb Johnson comes a debut audiobook about an unusual family who have made their home at the margins of an unusual place.

Janie Treeborne lives on an orchard at the edge of Elberta, Alabama, and in time she has become its keeper. A place where conquistadors once walked and where the peaches they left behind now grow. Elberta has seen fierce battles, violent storms, and frantic change - and when the town is once again threatened from without, Janie realizes it won’t withstand much more.

Soshe tells the story of its people: of Hugh, her granddaddy, determined to preserve Elberta’s legacy at any cost; of his wife, Maybelle, the postmaster, whose sudden death throws the town into chaos; of her lover, Lee Malone, a black orchardist harvesting from a land where he is less than welcome; of the time when Janie kidnapped her own Hollywood-obsessed aunt and tore the wrong people apart.

As the world closes in on Elberta, Caleb Johnson’s debut audiobook lifts the veil and offers one last glimpse. Treeborne is a celebration and a reminder: of how the past gets mixed up in thoughts of the future; of how home is a story as much as a place.

What listeners say about Treeborne

I grew up in a small town in Alabama and I can tell you, Caleb Johnson's Elberta, AL feels as real and genuine as my hometown. The storytelling is masterfully done and keeps the reader constantly entertained and wanting more. The characters are quirky but have a sense of authenticity. Narrator’s spoken accents and the author's use of slang are both spot on to the way southern people speak. The story explores what makes the Deep South great but also gives light to the darkness of our past in a really subtle yet straight-forward way. The writing is a mix of serious story-telling, wit, and mythology that made me incredibly sad at parts and made me laugh out loud in others. Caleb also added in fantastical elements that add to the intrigue of Elberta and the characters. The sign of a great story to me is that when it is over, you want more. I wanted more of Treeborne. A lot more. I will miss the characters and the beautiful writing. I could talk all day about this book but it wouldn't do it justice. Absolutely recommend this book to everyone. Do yourself a favor and get Treeborne today.

The only good thing was the narration

I just couldn't get into this book. The story jumps back and forth in time, which isn't always a bad thing, but in this case, it destroyed any continuity. And characters were all just.... well, I guess I'd have to say they were Southern gothic, weird and disturbed. The only thing commendable was the narration. Too bad it was wasted on this bizarre story.