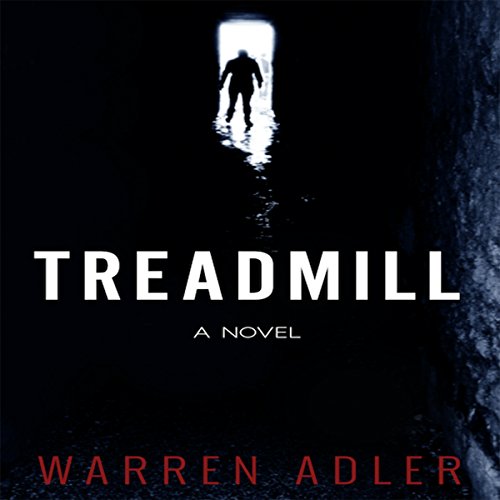 By: Warren Adler
Narrated by: Eric Bryan Moore
Try for $0.00

Jack Cooper is an unhappy man - mind, body, and spirit. In the blink of an eye, he has lost his longstanding job to the economy, his mother to illness, and his wife to her secret lover.

Beaten, broken, and crippled by tragedy, he withdraws into total isolation, narrowing his life down to the simplest of routines in order to block out the pain. His day begins with a strenuous workout at the Bethesda Health Club, his personal oasis where his mind and body can be free, and ends in his tiny apartment, where he escapes from reality with his books until he can lose himself in sleep.

Nothing more, nothing less. That is, until he meets the enigmatic Mike Parrish. Stolen from the hospital as a newborn and passed around from household to household, Parrish has no official identification. To the government and the world at large, he does not exist. He is an anonymous drifter, but also the first person who breaks through Cooper's emotional confinement. Cooper finds solace in his friendship with Parrish, a man who understands his plight and is sympathetic to his pain.

But then Parrish suddenly disappears, leaving Cooper to search for a virtually invisible man. As he looks for clues as intangible as ghosts, and chases leads as fleeting as shadows, his search leads him back to the one place he called his refuge: the Bethesda Health Club. How much can be taken from a man before he has nothing to lose?

What listeners say about Treadmill

Life is filled with mystery.

Would you listen to Treadmill again? Why?

No not for awhile but it is a good read and worth the time to devote to this story.

What about Eric Bryan Moore’s performance did you like?

He brought out the nuance in the various characters.

A crime mystery that all started in a gym and a treadmill. A very complicated mystery but was solved in the end. The narrator was perfect for this mystery thriller book.

This dark mystery kept going with so many unexpected twists. I thought the performance by Eric Bryan Moore was stellar. He has such an amazing voice for so many characters and it lends itself to the suspense. I love it when a book twists so that I do not see the ending coming. Kudos to Warren Adler for that. This is definitely an adult book and intended for mature audience with language and situations. Overall I really enjoyed this book and found it to be a standalone listen.

A good mystery involving a man...Jack Cooper... who is lost due to the loss of his mother, his job and his wife. His mother passed away. His wife ran off with her lover. He is a broken down man that withdraws form the world. He is very predictable. He goes to the health club and returns to his apartment when he reads until he falls asleep. While at the health club he meets
Mike Parrish. Mike was stolen from the hospital he was born. Jack and Mike develop a friendship. Then Mike disappears suddenly. Jack searches for Mike and all roads leads him back to the Health Club. A very good thriller. Keeps you wondering who done it. If you love mysteries then this is the book for you.
The narrator did an excellent job of bringing the story to life. The narrations of the characters was fantastic.

When I started 'Treadmill' I really did not know what to expect. Turns out, that expectation was correct! This story follows very depressed Jack Cooper who is attempting to put himself back together after losing literally everything he cares for in life. At the Bethesda Health Club, he comes across a character who changes everything for him. Next thing he knows, Jack's caught up in a web of lies, a cover up, a murder and more. Now it's up to him to sort all of this out, or perhaps he'll be the next body on the slab. This was a strange horror/mystery/thriller/comedy (in my opinion) that didn't stop being satisfying throughout. Eric Bryan Moore gives an absolutely fantastic narrative performance. I would recommend this story to anyone who's looking for something off the beaten path.

My first Warren Adler book, and he had me stumped the whole time I was listening! Jack Cooper goes to the gym everyday. He is a quiet man, keeps to himself, but befriends a fellow gym goer, Mike Parrish. Mike is another who is rather quiet, but the two have a camaraderie . When Mike stops showing up, Jack can't help himself but try to find out what happened to him. Did he move? Did he find another gym? Did he just stop coming, or maybe he's sick? What Jack uncovers is a scandal of huge magnitude. This mystery is smartly written with so many twists and turns, it's hard to decide who the bad guys were going to be. A whodunnit with a surprise ending that makes the story worth the listen!

The case of the missing man that doesn't exist...

Jack Cooper is a beaten down man...he is jobless, wifeless (she cheated), and he lost his mother. Trying to pull himself out of the depths of despair, he starts a workout regiment at a local health club. There he meets Mike Parrish. On paper, according to all government agencies, Mike does not exist. There is no record of his birth since he was stolen from the hospital. When Mike disappears, Jack is on a mission to find him. How do you mind a missing person who, on paper, does not exist? Overall, the story is good, would have been a 5 star effort if the beginning was not so slow. I had to stop, take a break, then really concentrate a second time to get into it. Narration was on point though...kept me 'hanging in there'. In the end, it was worth the persistence.
I voluntarily accepted a complimentary copy of this book in exchange for an unbiased review.

The story starts out rather slow, it does pick up somewhat, but your still wondering what's what. Are these people conspiracy theorist or is their some truth to the crazy? The last 30 minutes of the book really picks up, but its a long road getting there. The great narration is actually what kept me listening. Nice job Eric Bryan Moore.

The way this book turned out took me totally by surprise. While it starts out a little slow, it makes up for it in how it finishes. By mid-book, I was on the edge of my proverbial seat. The tension and angst build and build, and characters and events take turns that are completely unexpected. I've read and listened to several of Warren Adler's books; this one has moved to the top of my list. This is a dark book, make no mistake, but pays off at the end.

The narration proved exactly right for this book. The slightly gravely voice suited the main character, and the other voices were perfect for each character, man or woman. I grew to care about these people, wanted to know why what was happening was happening, and why to them.

I listened to the Audible audio book version, which I received as a gift from the author, and thought it excellently written and performed. If I could have, I would have listened to it all in one sitting, but real life, sadly, didn't allow that. Opinions expressed in this review were not influenced by the author's generosity.

No body, no evidence. No evidence, no case.

Life played a cruel trick on Cooper. Within the same month, he lost his mother, his job and his wife told him she was leaving for someone else and did so the next day - taking his trust and his libido with her! An only child, he was not afraid to be alone; in fact, he welcomed it after the unexpected betrayal and he abandoned friends for a solitary apartment and his small library of books. He no longer read the papers or felt part of an ongoing world: he wanted to live entirely in the immediate, unaffected by the changing world around him, he lived frugally on unemployment benefit and joined a cheap gym to concentrate simply on himself.

Then, after six months of working out in the gym alongside another man whose routine there mirrored his own, he and Parish started to talk to each other, tentatively at first, but Parish's story was strangely fascinating.
So begins a new phase in Cooper's life which was to be bizarre, exhilarating, frustrating and terrifying.

Mr.Adler, the author, is still probably best known for his comedy, Wars of the Roses, which was made into a blockbuster film, but he writes in many different genres and this one, though having comedic touches, is far more a mystery thriller but with the main protagonist's psychological contortions foremost. The author is a master wordsmith and character builder and both are clearly evident in this book. Starting slowly, setting the scene for both Cooper and the man ,Parish, the reader is sucked into the strange happenings surrounding the people at the gym.

The narrator was good, with just the right sounding voice for Cooper, the main protagonist. Eric Bryan Moor read with clarity, good cadence and intonation and his voicings of the other character was distinct. A good low key performance as befitted the text.

I have read, and mostly, very much enjoyed numerous of Mr.Adler's books so when I was offered a complimentary copy of Treadmill, with no conditions applied, I accepted with alacrity despite knowing nothing about it other than the title. And I am so glad that I did. It was refreshingly unusual and just a little scary. But above all, it was a rattling good read. Recommended.