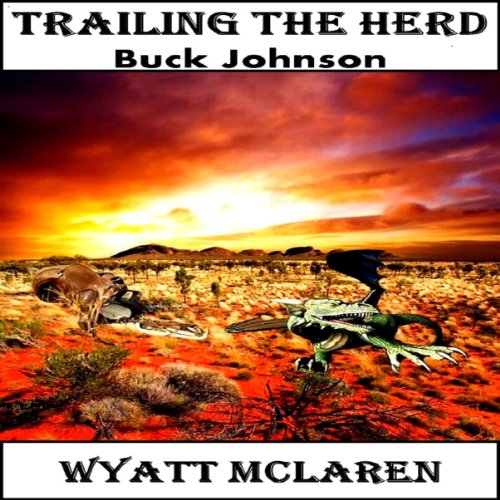 Buck, Snort, and Skeeter are still trailing a herd of dragons to Skrintax in hopes of selling them for enough to get off Terul and maybe get better pay, easier work, and something to drink. But the obstacles keep mounting - including a tcheka-smoking interlude, hungry dragons, insolent Terullians, and... well, you'll see.

Think of Star Trek, The Rounders, and a little Lonesome Dove all shaken together and poured out, and you'll have some idea of what you're about to taste when you step into Buck Johnson's life. It's a wild mix of fantasy, action/adventure, western, and science fiction.

What listeners say about Trailing the Herd