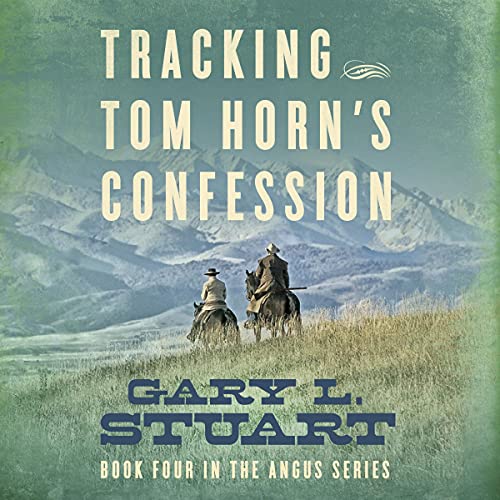 In the summer of 1901 in the Iron Mountain area of Wyoming, someone shot from ambush and killed a 14-year old boy. The kill shot hit him in the back and knocked him o his dad's horse. Some thought Tom Horn did it. They narrowed the search down to him, and got him to confess, they said. He never said. His arrest, trial, and execution by hanging commenced a controversy that roared through the Rocky Mountains for over 100 years. That true story is the historical predicate for this novel.

US Deputy Marshal Angus is sent from Colorado up to the Iron Mountain area near Laramie Wyoming to track down the truth of Tom Horn's so-called confession. He knows a little about Tom Horn's legend-in-the making. He's heard the stories-that Horn claimed, "Killing men is my specialty. I look at it as a business proposition, and I think I have a corner on the market".

Tom Horn's confession involved a concealed stenographer hiding behind a door while an ambitious lawman lured a drunk Tom Horn to leave the territory by offering him a good job in Montana. Angus read the stenographer's version. Horn allegedly said, "It was the best shot that I ever made and the dirtiest trick I ever done".

But Tom Horn's friends insist he didn't do it and never gave a confession. A lawman gone rogue made it up to advance his political career. The real question-guilt or innocence-got lost in the shuffle. Angus rides the Iron Mountain area in search for the truth. He found it when he himself had to solve another murder by ambush. He solves that murder in a way no one in the American West could imagine.