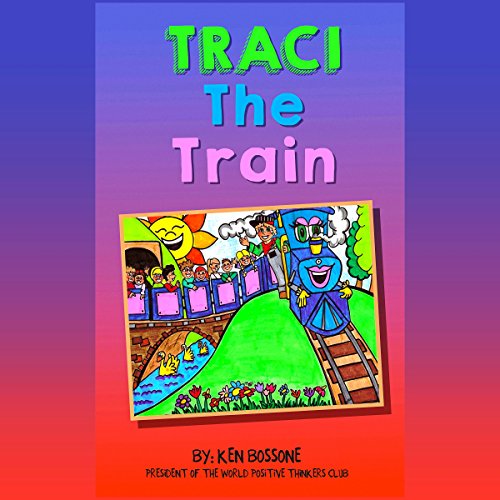 By: Ken Bossone
Narrated by: Angel Heaven Lee
Try for $0.00

Meet Traci the Train! A friendly, positive and loveable locomotive steam engine! Through the years, she's served the tracks of West Cheddar well, carrying children from one place to another while always putting smiles on everyone's faces.

Traci is the nicest and kindest steam engine there is, but not everything is going poor Traci's way. The newer and shinier trains are becoming popular and are being used more. Those trains are both faster and bigger, meaning that there isn't much room left for poor old Traci anymore.

However, Traci is strong, and even though a lot of the old steam engines are starting to be used for scrap metal, she is able to stay positive and remain happy with the help of your child and her other friends. A young passenger (your child) doesn't give up on Traci and gives her the support and encouragement she needs.

One day one of the bigger, newer, shinier trains takes a tumble on the tracks and needs some help. But none of the bigger trains can reach him because they're just too big themselves. So the question is...Who can reach the stranded train and save the day?

If only there was a positive, friendly, smaller, lovable locomotive. Oh wait, there is!

What listeners say about Traci the Train