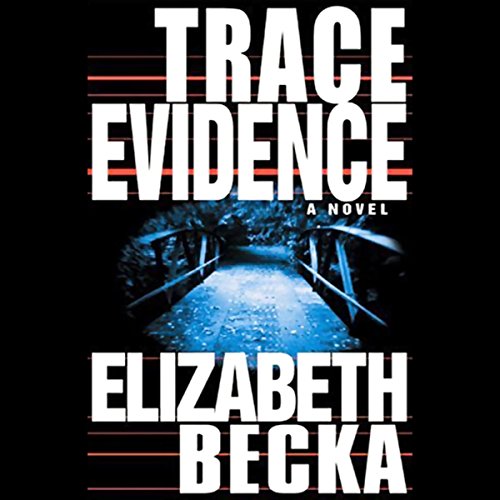 It's a cold Cleveland November day when forensic trace evidence expert Evelyn James is summoned to the scene of a bizarre crime. A young woman has been forcibly drowned, her feet chained and sunk in cement. When a second young victim is connected to a prominent family, all hell breaks loose, and the police, and Evelyn, are up against it to find the murderer. Evelyn just wants to get the job done but is pulled into a web of conflicting loyalties, unexpected relationships, and professional betrayal. When Evelyn suspects that her own teenage daughter has become a pawn in the killer's plans, she must remain true to herself and her skills and follow the evidence to the murderer's door.

This authentic, high-octane debut is inspired by Becka's own career as a veteran forensic scientist and her experience using physical evidence recovered from crime scenes, such as blood, hair, fibers, and other microscopic particles, to unlock the secrets of the dead and bring justice to those who have no voice.

This was an excellent book. I have read (and listened to) at least fifty true crime stories. This was addicting. I couldn't stop listening to it. On the train, in the car, while cleaning my house. I highly recommend this book to anyone who is interested in true crime.

Great debut. Worth getting

Easily compared to Cornwell & Sanford. I wish she had more books written.

Trace Evidence is a strong debut with an exciting conclusion. It was a little slow to start, but the characters are engaging. I'm not sure I really 'bought' the killer's motivation and there were some significant issues that were not wrapped up at the end of the book, so I did not give it 5 stars, but it was still an enjoyable mystery and I'm looking forward to the next one in the series.

I found this book very interesting to listen too and never got bored. I would recommend this book to anyone that likes a good suspense novel that has an ending that could certainly be connected to more books.....

The story was ok if you could get past the parent/child angst, the old loves angst, and the racial angst. The narrator was so boring that I could hardly stand to listen --you would have to be pretty desperate to listen to this voice for long. I have listened to at least 60 audio books and this was one of the worst narrtors ever. I made it through 4 tapes and had to take a break and listen to something else to even be able to finish it. I could not completely buy the killers reasons for the crimes. The forensics was fairly well done.