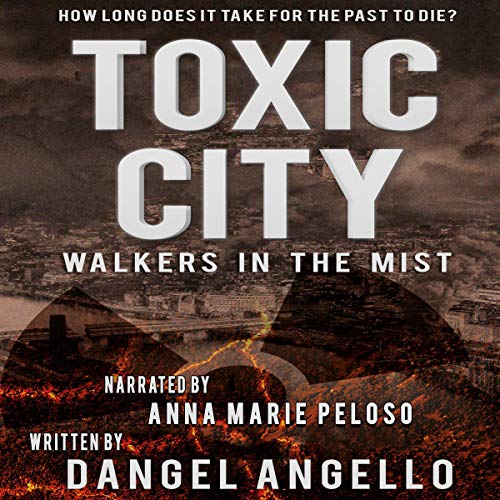 Toxic City: Walkers in the Mist

By: Dangel Angello
Narrated by: Anna Marie Peloso
Try for $0.00

The world is now a savage place, where nature is caustic and mankind is deadly. In other words, survival is just another job.

Post-apocalyptic London has dragged itself back to a form of civilisation in the shape of the Quads, ruled by the PEA and a proxy-government in hopes to stem unrest within the masses of Walkers that keep the Known World turning. But life is hard. The Agents are merciless, the Bandits are returning, and the Mists weaponize the very air. But as one young resident finds out, when the few things you cling to are taken away, life stops being about living. For Val, that’s just not good enough.

Toxic City is the stunning, dystopian debut novel from Dangel Angello. Embracing less science fiction and more of a totalitarian vision in the spirit of 1984, the futuristic setting of this nightmare narrative is both the future described in X-Men: Days of Future Past and the prophetic fantasy-themed visions portrayed in The Hunger Games.

Where society’s worst nightmare has come to pass and biblical end times are upon us, Toxic City is a revelation in the dystopian genre and an amazing adventure for teenage and adult listeners.

What listeners say about Toxic City: Walkers in the Mist

Book was awesome! Couldn't wait to finish listening! will be looking forward to next book!