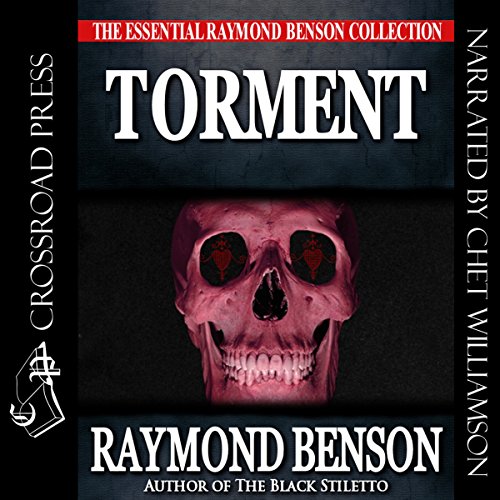 From internationally-published author Raymond Benson comes a unique supernatural thriller, a story of voodoo, murder, love, and obsession - but wait! Is it really supernatural, or is it all in the protagonist's troubled mind?

Rick Shepherd is an ordinary guy from the mid-west with a history of depression and a hospital stay for a nervous breakdown. He's in a failing marriage, a dead-end job, and is undergoing the proverbial mid-life crisis. Not the best way to begin a business retreat in Jamaica with his company. After a bizarre encounter at a tourist-trap voodoo show where he is "cursed" by an actor supposedly possessed by a spirit, he meets a beautiful young woman named Larissa on the beach. She is mysterious and enchanting, and Rick falls head over heels for her. Before he leaves the island, she gives him a medallion known as the "Heart of Erzulie." In the Caribbean religion of voudon, or voodoo, Erzulie is the love goddess, the goddess of beauty, health, help, fortune... the medallion is usually worn as a good luck charm. Hence he is cursed - but protected as well.

Rick's plan is to contact Larissa in Los Angeles once they're both back in the States. But his plane crashes, killing everyone aboard...except Rick. Somehow he is able to miraculously walk away.

And then the really bad things start to happen. His wife dies unexpectedly and Rick is accused of her murder. He becomes a fugitive from the law, but Rick doesn't care-he's obsessed with Larissa and has to find her.

From this point on, he begins to unravel pieces of Larissa's life, following her "trail" backwards from Texas, where she grew up, to New York, and finally to Los Angeles. Eventually it leads back to Jamaica and to the evil men with whom she became involved - Jamaican gangsters who produce real snuff films that are distributed over the Internet to elite, selective clients worldwide.

Rick's torturous journey is one of redemption but full of danger and excitement as one horrific thing happens after another. To find the love of his life, he must undergo unimaginable torment.

Good story, real character one can relate to, unlike so many typical flawless hero types