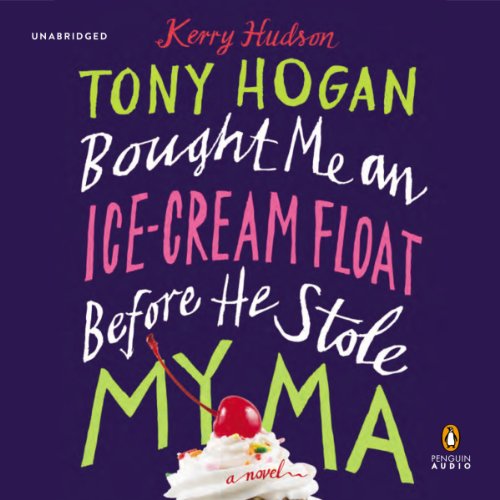 By: Kerry Hudson
Narrated by: Jane MacFarlane
Try for $0.00

Reminiscent of early Roddy Doyle, Tony Hogan Bought Me an Ice-Cream Float before He Stole My Ma begins with our singular heroine's less than idyllic birth and quickly moves to a spectacular fight that lands Janie and her mother in a local women's shelter. From there it's on to a dodgy council flat and a succession of unsuitable men, including the hard-drinking, drug-dealing, ice-cream-buying Tony Hogan.

Kerry Hudson's arrestingly original debut will enthrall listeners with Janie's tragicomic and moving story about coming of age in a non-traditional family amid the absurdities of the 1980s and Thatcherite Britain.