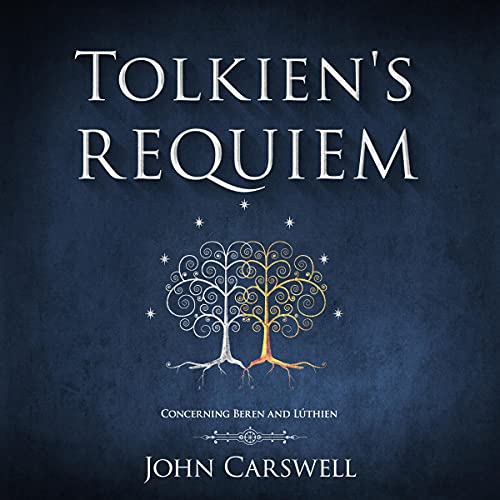 "I will tell you the tale of Tinúviel," said Strider, "in brief - for it is a long tale of which the end is not known...though it is sad, as are all tales of Middle-earth...yet it may lift up your hearts."

It all started here. In 1917, while on leave from the brutalities of the Great War, a young J.R.R. Tolkien watched his wife Edith dance in a hemlock glade. This vision of beauty, a reprieve from the bitter agonies of the Western Front, inspired the story that led to the creation of Middle-earth.

Tolkien’s Requiem explores the tale of Beren and Lúthien as a doorway into the vast early history of Middle-earth, an era which forms the backdrop for the beloved stories of Bilbo, Frodo, Sam, Gandalf, and Aragorn. For fans of The Hobbit and The Lord of the Rings hungry for more of Middle-earth, yet daunted by The Silmarillion’s complexity, Tolkien’s Requiem serves as a concise introduction to the themes and stories of the First Age.

Tolkien fan owes it to themselves to know the story that Tolkien called the “kernel of the Middle-earth mythology”, a story so important to him that, in the face of his own death, it was his final triumphant word.

"I wish I’d been able to read [Tolkien's Requiem] years ago. I find a lot of Tolkien criticism dull, boring, borderline unreadable, but [the] passion and love of Professor Tolkien come through in every sentence...." (Lance Acanfrio)

"I enjoyed reading this and look forward to jumping into The Silmarillion again, with greater attention to Beren and Lúthien." (Nicole Stallworth)

What listeners say about Tolkien's Requiem