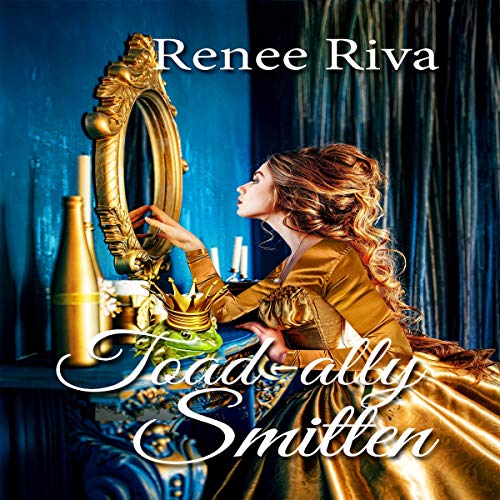 Neighbors Liza Braun and Dillon Derry began their childhood as enemies - according to Liza. Dillon called it a crush. After winning the Children's Charity Award for their performance in Anne of Green Gables, they toured with Classic Comedies and became best friends.

Ten years later: Dillon has finished his tour of duty with the Coast Guard and owns a marina. Liza has finished college and is on her way to Paris. The two friends have one last performance together in The Frog Prince before parting forever. Then Liza's red carpet is pulled out from under her. Keeping in step with her favorite Jane Austin heroine, Emma, Liza decides to play summer matchmaker...Her plan backfires when her rival Shayla decides she likes Dillon instead of the guy Liza intended for her. Desperate, Liza comes up with a zinger to keep Shayla away from Dillon. Is a "happily-ever-after" possible when summer is so full of blunders?

Come for Opening Night and find out if a single kiss can really change a toad into a prince. Where Jane Austen’s Emma meets The Frog Prince.

What listeners say about Toad-ally Smitten

I was given this free review copy audiobook at my request and have voluntarily left this review. I loved this. I love Liza already and am so glad I got to read more about her. This was such a cute Emma/Frog Princess retelling. The narrator was awesome. I really enjoy this author.

Toad-ally Smitten: Mountain View Inn, Book Three was another great reead by Renee Riva. Liza and Dillon are neighbors who as children were enemies if you ask Liza. Dillon just believed that Liza had a crush on her. They eventually became best friends after performing in Anne of Green Gables. Dillon did a tour of duty with the Coast Guard while Liza graduated collefe and will be going to Paris for a vacation. They do a performace of The Frog Prince before she leaves for Paris. She discovers that she has feelings for Dillon when her rival Shayla shows interest in him. I enjoyed reading Liza and Dillon's story and cant wait to read more by Renee Riva.

I really love this series! The narration is superb! The author did a superb job with the characters! I love this author's writing style and look forward to reading more of her books! I was given this free review copy audiobook at my request and have voluntarily left this review.

Another sweet story by Renee Riva.

10 years ago, Liza and Dillon were neighbors who tolerated each other. Now, having worked together on their Classic Comedies and performing for different charitable organizations over the years, they’ve become best friends... but is it more?

An entertaining story written by Renee Riva and performed by Izzy Risoni.

Another Great Book in the Series!

Toad-ally Smitten: Mountain View Inn, Book 3. The book is written by Renee Riva. Audiobook narration is provided by Izzy Risoni. This story is set Ten Years later in the world of Liza and Dillon. Dillon has finished his time in the coast guard and bought the marina. Liza has stayed close to home with dreams of travel. They have one last play to perform 'The Frog Prince'. Once the play is done Liza has plans to leave on a flight for Paris.

Once again Ms. Riva has crafted her signature heartwarming story. This time set with the Theme of Emma from Shakespeare. Liza is trying to play matchmaker for Shayla who instead falls for her best friend Dillon. Drama ensues as feelings are rethought. This story holds the listener’s attention through the entire performance. It is like a nice warm hug after a really bad day.

The narration by Ms. Risoni in this audio performance is highly enjoyable. She truly brings these characters to life. The production quality of this audiobook is also of the highest quality. I heard no problems during the entire performance. There were not any detectable flaws that I was able to hear during the entire performance such as loops, breaks, or buzzing. The production was crisp and clear. Renee Riva delivered an excellent audiobook production. I was given this free review copy audiobook at my request and have voluntarily left this review.