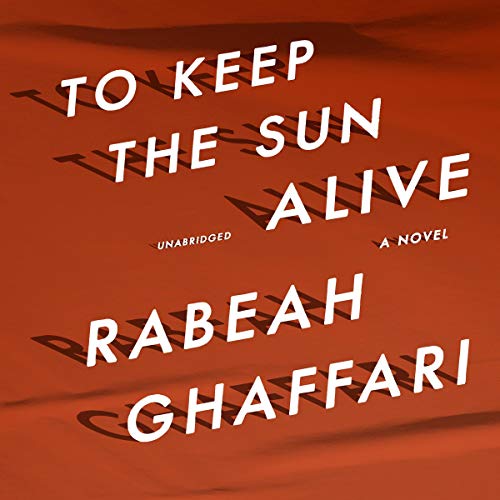 To Keep the Sun Alive

The year is 1979. The Iranian Revolution is just around the corner, as is a once-in-a-lifetime solar eclipse. Meanwhile, in the northeastern city of Naishapur, a retired judge and his wife, Bibi, run an ancient orchard, growing apples, plums, peaches, and sour cherries, and looking after several generations of family members. The days here are marked by long, elaborate lunches on the terrace and arguments about government corruption and the rise of religious fundamentalism, peppered with tales of ancient Persia that foreshadow the seismic political changes to come. And yet life continues.

Bibi, the matriarch, struggles to keep her family together. Her young nephew goes to the university, hoping to lead the fight for a new Iran and marry his childhood sweetheart. Another nephew surrenders to opium, while his father longs for a life in Europe. Her brother-in-law evolves into a powerful Islamic cleric while her husband retreats into intellectual reflection.

Told through a host of vivid, unforgettable characters, ranging from children to servants to friends of the family, To Keep the Sun Alive is the kind of compelling, rich story that not only informs the past, but also reminds us of the human aspirations that animate historical events.

What listeners say about To Keep the Sun Alive

Both story and narration outstanding. Evocative, and informative. Filled as much with Iranian culture as with human relationships, character development, and feeling. Could not put it down.