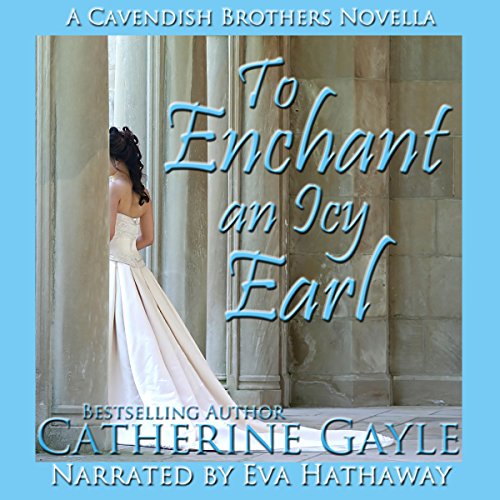 To Enchant an Icy Earl

By: Catherine Gayle
Narrated by: Eva Hathaway
Try for $0.00

As the Earl of Fordingham, Tristan Cavendish has lived by the code his father beat into him for so long he's driven everyone in his life away, including his brother. Now he is alone. Loneliness dictates he must change, so he sets out to make amends with his only sibling. Alas, his brother seems none too inclined to hear him out, and a woman who must be a vision from Fordingham's dreams walks into his path. Now, more than ever before, he knows he must change his ways or risk driving her away as well…but how?

Calista Bartlett is on the hunt for a husband - but one who is nothing at all like the betrayer who was her former beau. When she sees the Earl of Fordingham across the room at a soiree, she knows she's found the very man who is everything her one-time beau was not. Fordingham presents an icy facade to the world, but Calista discovers a passionate man who kisses her feverishly and warms her through to the bones. Can she ever convince him to let down his guard permanently?

What listeners say about To Enchant an Icy Earl

If the Duke of Danby makes an appearance it's bound to be good.

Narrator: Eva Hathaway shines as she brings another Catherine Gayle story to life.

Creditworthiness inhibited only by the fact that it costs less than a credit does!