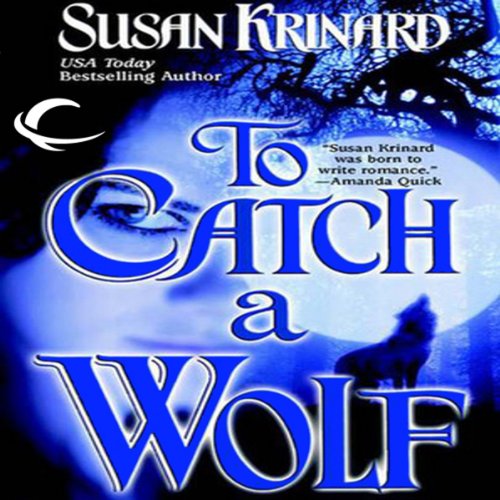 To Catch a Wolf

By: Susan Krinard
Narrated by: Christine Williams
Try for $0.00

Morgan lost everything - his family, his past, and his hope - when he went in search of the father who had abandoned him, his mother, and sister. Accused of a terrible crime, Morgan is condemned to long years in prison, a fate unimaginable for a man of shapeshifter blood.

All he wants is to live the rest of his life in freedom among the wolves. But a fateful encounter with a traveling circus calls him back to humanity, and to a meeting with the one woman meant for him: Athena Munroe, crippled in a devastating accident and now one of the leading lights of Denver's wealthy society.

Dominated by her overprotective brother Niall, Athena finds in Morgan a living symbol of the freedom she has lost. Only she has the power to ease his pain. But Morgan has his own dark memories to overcome before he can learn to love again. Can Athena catch a wolf who refuses to be tamed?

What listeners say about To Catch a Wolf

Werewolves, Circus Folk, and High Society Elite all meet in a fascinating tale of forbidden romance. This book is beautifully written and draws you in. It reminds me of domestic or sentimental fiction of the Civil War era. Think the world of "Little Women" but with werewolves. Definitely worth a listen if you loves historical romance with a paranormal twist.

this was the first romance book i had ever read. they amazing story and wonderful complex characters set the bar for the other romance books ive read.