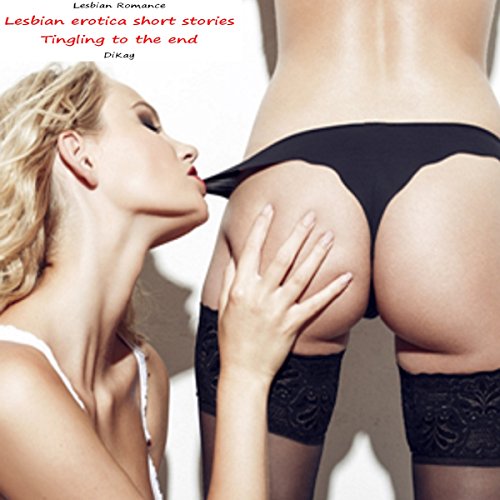 Tingling to the End

Tingling to the End

This lesbian book contains three short stories which contain explicit sexual actions between lesbian women. These stories are meant to excite and arouse passion and for you to be pleased by the actions within them. This book is supposed to stir up your appetite. Why not seduce your girlfriend after you listen to it, or have her seduce you? Whichever way you choose, the important thing is that you have fun and enjoy it!

Anna went onto the balcony of her third story apartment in the nude to stand in the breeze. She gazed across the street at the two-family home, trying to catch a glimpse of her new neighbor. Since she had moved in with her family, Anna couldn't spend a single day without thinking of her. In the evening, the neighbor usually grabbed a book and headed out to the terrace with a glass of what Anna assumed to be white wine. The setting evening sun gave her and her long blonde hair a slightly reddish tint. What a beautiful afterglow. The sunset made her look even more irresistible. Anna was charmed by the stranger's perfect body and the playful tumble of her hair.

She only ever felt truly free when she could go running because after a short while, her body was flooded with endorphins. She felt light and exhilarated when she was running. Listening to her favorite songs, she followed the rhythm, letting it push her even more. When she got back to the boulevard she noticed a young woman running in the opposite direction. This puzzled her, as there were not many people she met on her daily route, especially not in these temperatures. It was unusual that she had never met this stranger before. They nodded to one another briefly, as was customary amongst runners. It was then that Angelina noticed the runner's maroon eyes as they flashed at her to add a charming glance during their mutual greeting.

Since Heather had had a great job and was taking care of her mother who was living in the same town, it had been a logical choice for Jennifer to move. And as Heather was her first big love, she did so gladly. Her previous relationships had all been rather casual as was usual for a 20 something.

Jennifer had fallen in love with Heather at first sight.