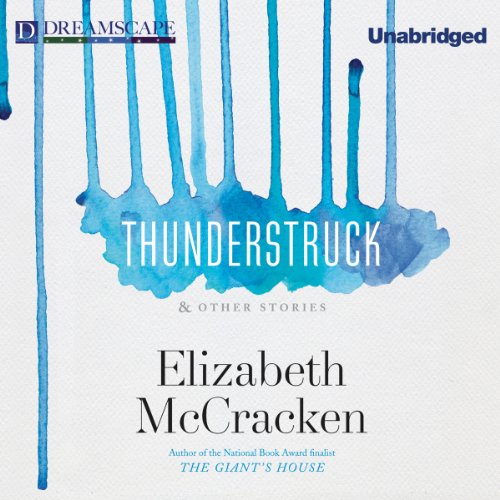 By: Elizabeth McCracken
Narrated by: Erin Yuen
Try for $0.00

From the author of the beloved novel The Giant's House comes a beautiful new story collection. In "Property", a young scholar, grieving the sudden death of his wife, decides to refurbish a rental house by removing his landlord's possessions. In "Peter Elroy: A Documentary by Ian Casey", the household of a successful filmmaker is visited years later by his famous first subject, whose trust he betrayed. In "The Lost & Found Department of Greater Boston", the manager of a grocery store becomes fixated on the famous case of a missing local woman. And in "Thunderstruck", a family makes a quixotic decision to flee to Paris for a summer, only to find their lives altered in an unimaginable way by their teenage daughter's risky behavior.

What listeners say about Thunderstruck & Other Stories

Stories are ok but the last one is great

If you could sum up Thunderstruck & Other Stories in three words, what would they be?

I loved the detail and richness of the last story.

If you could take any character from Thunderstruck & Other Stories out to dinner, who would it be and why?

The Dad in the last story

A point to the stories

just ok, nothing grabbed me to pay attention and listen

Not even sure what the point to each of these stories was, they just ended, wouldn't recommend it, I should have asked for refund