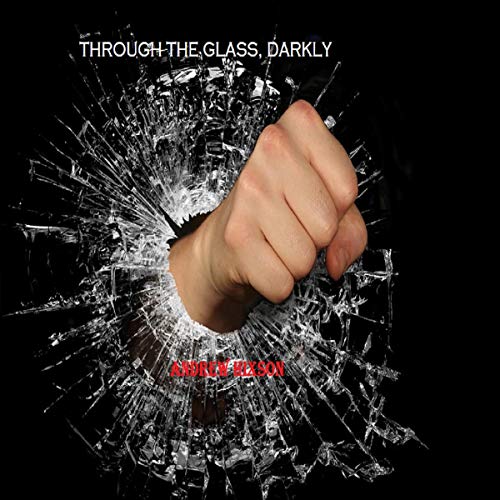 Through the Glass Darkly: A John Handful Mystery

By: Andrew Hixson
Narrated by: Graeme Garton
Try for $0.00

During the worst blizzard in decades, a local gentry, the enigmatic Lord Mabbott, falls from his study window and it is at once assumed to be suicide. Lateral thinking private detective John Handful is not so convinced and is determined to prove otherwise and make it his business to know what other people don’t know. Never mind that Lord Mabbott was being blackmailed over an affair with a transgender stepsister-in-law or that the window he jumped from on the fourth floor was locked from the inside.

Before long, another body turns up, believed to be Lord Mabbott’s former lover. The hunt is on to solve the case, and although, John Handful faces fresh adversaries with a stream of alibis and a host of conflicting motives, he is determined to solve the riddle - despite the best efforts of the challenging Mabbott family.

What listeners say about Through the Glass Darkly: A John Handful Mystery

Partway through the story I thought I had it all figured out, but I was only partially correct.

It's nice to be surprised by a mystery.

l liked the way started with the murder out front, ready to be solved
the ending was great. a cross word puzzle. the author did a great job of writing the story easy follow. enjoyable. the narrator told great story. I like the way you able to follow along with him.

This was my favorite out of the whole series. Half of the ending was a surprise. The narration was better than the previous book.

Wonderful Look back and Forward in this series

The storytelling really takes off here in this segment of John Handful's journeys in life, death and love. There are nods to classic murder mysteries while remaining current.

The narrator dives in and out of the characters deftly and keeps the tension up and creates and great internal monologue along the way.

Through the glass darkly,John Handful 6

Wow!What a who dunnit!John is a private investigator who is pulled into a suicide,that wasn't a suicide investigation.There are so many twists and turns in this you just need to keep up.I started with this book not realizing it was book 6.Back to the beginning for me! Graeme Garton was an excellent narrator.I was given this free review copy audiobook at my request and have voluntarily left this review.

Audio was much better and cleaner than the last book. I couldn’t stop listening.

Glad I stuck with the series after book 2 and 4. This was another good one of the series and another good narration. The biggest issue with this series (Books 1 -6) is that it had 6 different narrators and some were much better than the others. So if you are not sure about the full series to start with this book or book 3 as they are some of the best.

This book was provided free for review, however, the thoughts are my own.

The case of the locked window jump!

After a Lord jumped out of his fourth story window and then stops to lock it before continuing to jump is that John Hanville is on the case. More people are lying to him more mysteries or baffling him and as we all know this doesn’t stop John he’s tenacious and a go-getter and he can be a pretty funny straight man as well. Every time I read one of these books I think it is my favorite and again yes I think Glass darkly is my favorite John anvil mystery so far… If you love mystery, entry and never knowing Food on it until you know who done not to mention John’s drama in the into room you’ll love this book, I know I did so much!

Interesting mystery. The narrator is ok during normal scenes, but didn’t care for his impressions of women it sounded strained.

The book itself is interesting it is reads like an amateur Sherlock Holmes in some places. Some parts are a little unbelievable like one character not recognizing their own parent.

This narrator has a pleasant enough voice except that he’s trying to sound posh on his normal narration but make lady Mabbott Sound like a country bumpkin ?
John Handful solves another case, the story is an interesting one with a good puzzle to solve and I enjoy listening/watching the unraveling of the plot.
The narrator can make or beak a book and unfortunately I don’t think this narrator does this story an favours.

I enjoyed listening to this book, the narrator is really good.

It has red herrings, making for compelling listening and a strong ending.

This is the first book by this author I have read or listened to but I enjoyed it and will looking to see what else he has written. It kind of reminds me of an episode of Death in paradise or even Miss Marple (but in a good way), the way the suspect are all gathered together to unveil the mystery. There was plenty of suspects and the story and mystery flowed along nicely. This is book six and although I would say it was a stand alone book and was easy to follow, I think I did miss some of the personal relationship drama by not starting at book one.
When a man falls to his death John as an consultant is called in to help the police, as he was a very important man and John had already been hired by the dead man to investigate who was blackmailing him..The police jump to the conclusion it was suicide because the only door leading into the room was locked. John's first question is how can it be suicide when the window he was supposed to have fallen out of was locked. Following clues John can't help but feel he is being lead somewhere and along the way he finds another body that will either complicate things even more or prove to hold the answers he needs to solve this case.
The narrator was good and has a very distinctive gruff voice. He is also English or plays the part of an English man very well but as the book was set in England he was a good choice.
I was given this free review copy audiobook at my request and have voluntarily left this review

The narrator makes the story an amazing experience and very captivating. I am looking forward to his next book