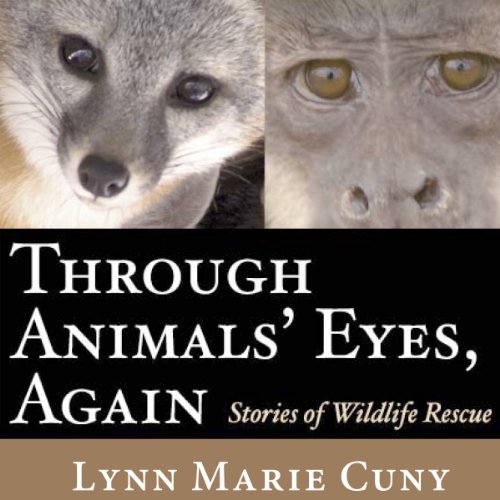 From the author of Through Animals' Eyes comes more true stories from the rare perspective of someone who not only cares for the animals she treats, but also has never wanted nor tried to tame or change them.

Lynn Cuny founded Wildlife Rescue and Rehabilitation (WRR) in 1977 in her backyard in San Antonio. It has since grown to 187 acres and now rescues more than 7,000 animals annually and maintains an emergency hotline 365 days a year. Native animals are released back into the wild, and those non-native or severely injured animals that cannot be released become permanent Sanctuary residents.

Through her stories, Lynn hopes to dispel the belief that animals do not reason, have emotions, or show compassion for each other. Lynn's stories cover the humorous and the tragic, the surprising and the inevitable. The animals she describes range from the orphaned baby Rhesus monkey who found a new mother in an old monkey rescued from a lab, to the brave red-tailed hawk who was illegally shot, but healed to soar again. The stories will touch your heart and help you see "through animals' eyes."

“These true accounts, as amazing as some of them are with their unlikely bondings (a porcupine and a rabbit, a duck and a cat) will captivate, fascinate, educate, and often move you deeply. It's an inspiring read for animal advocates and a must-read for those who have not been exposed to the beautiful experiences of the animal-animal bond.” (Loretta Swit, actress)

What listeners say about Through Animals' Eyes, Again

The stories in this book are wonderful and it is good to know that dedicated people are doing what they can to save wild animals and release them. Unfortunately, the author is not as good a reader as she is a rescuer. Her delivery made it difficult to keep listening and her "preaching" to people who are listening because they already believe in the importance of protecting animals was irritating. Still, it was good to meet the animals and hear their stories.