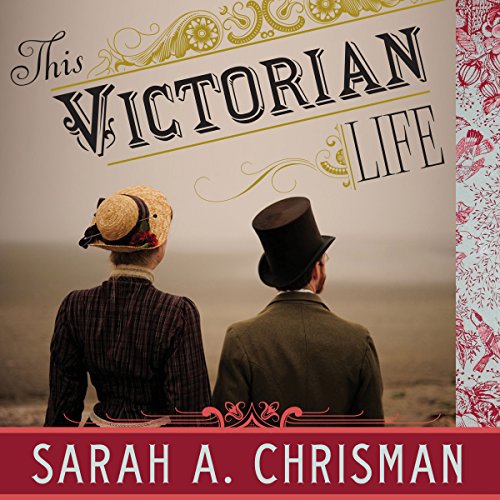 By: Sarah A. Chrisman
Narrated by: Laural Merlington
Try for $0.00

We all know that the best way to study a foreign language is to go to a country where it's spoken, but can the same immersion method be applied to history? How do interactions with antique objects influence perceptions of the modern world?

From Victorian beauty regimes to 19th-century bicycles, custard recipes to taxidermy experiments, oil lamps to an ice box, Sarah and Gabriel Chrisman decided to explore 19th-century culture and technologies from the inside out. Even the deepest aspects of their lives became affected, and the more immersed they became in the late Victorian era, the more aware they grew of its legacies permeating the 21st century.

In her first book, Victorian Secrets, Chrisman recalled the first year she spent wearing a Victorian corset 24/7. In This Victorian Life, Chrisman picks up where Secrets left off and documents her complete shift into living as though she were in the 19th century.

What listeners say about This Victorian Life

Why can't you love something without slamming everyone else? The writer's ego ruined all else.

I absolutely loved this book! It was fascinating from beginning to end. Now I am ordering Victorian Secrets by Sarah so my nineteenth-century adventure can continue. I can't get enough!

You don’t have to read too fare before you realize the author and her husband’s adoption of Victorian era technology and customs is as much a product of their strange and awkward personalities as their love of history. If it hadn’t been period reenactment they would have adopted some other “look at me I’m special, different and misunderstood” lifestyle like religious fundamentalism or full body tattooing. Occasionally you do get some interesting insight into late Victorian life but you have to wade through a lot of ultra-trite memoir style impressions from her daily life. It doesn’t help that she attempts to write in a style reminiscent of her favorite time period and falls quite a bite short with her arcane and needlessly elaborate vocabulary.

Also, the narrator seems a totally inappropriate choice for a first-person account of a young woman’s thoughts and impressions. I get the sense the author is in her mid-30’s but the narrator is 20 years older and with her pinched, schoolmarm vocal style is more suited to reading to very young children than adults.

If you are looking for a truly engrossing historical commentary on everyday life check out Bill Bryson's "At Home". It ranges from the medieval to the Victorian era and is incredibly well researched and entertaining.

I thought I had heard the WORST narrator on audible but then there was this one...

The book is interesting and intriguing even if it is full of every simile you could possibly come up with. By the time there was 2 or 3 hours left I was bored with it - even still I don't feel like it was a waste of time. I appreciate this woman's ability to not care what others may think and pursue a passion. My biggest gripe is with the narrator. I wanted to rip my ears off just so I wouldn't have to listen to her voice and plethora of mispronounced words.

I was excited to start this book, and disappointed that I could only stomach it until the half way mark. The author is too free in labeling others, and not sticking to her subject matter: the challenges of living a Victorian Life in the 21st century.

To compound this, the narrator sounds like she is giving her first book report. There is little variation or warmth to her voice.

A few hiccups but enjoyable and informative.

Let me start this review by describing the issues I had with the book. In the first chapter the author compares interacting with others who are fond of the victorian era but not historically accurate to a Black person being invited to a NAACP event but showing up to a minstrel show. I found that to be insensitive, inaccurate and racist of the author. There were also a couple of detailed descriptions of spiders in the book that I found disturbing. So if you're afraid of spiders skip over that part. Overall I liked the book. As someone who is intrested in the victorian era I found it very informative. I also loved the ending.

This book is amazing and well written. I loved it very much. I learned a lot from it.

Wow. Just wow. I cannot give high enough praises for this book. Well-written, educational, fun and fascinating. It was amazing hearing of the Chrisman's personal journey into the past, I hung on every word and dreaded the end of each chapter! I loved hearing about their trials and errors re-creating the every-day lives of the Victorians, their research, passion and work they put into every part of their lives. Truly inspiring for someone sharing the same interests in that era, and fascinating even for those who don't! I absolutely loved this book, I was sad when it ended, and I intend to listen to it a few more times, as well as purchase the physical book and others Sarah Chrisman has written. I sincerely hope she continues to write more books like this as she and her husband continue their research. A great experience!

The content was interesting, the narration dragged a little. I love the early 1900's romanticism of the lifestyle.

Imagine a female Bill Bryson choosing to learn about the 1890s by full immersion. This book is witty, entertaining, beautifully written and educational in its authenticity. I wanted it to go on forever and wished Sarah Chrisman was my friend!

opinion book rather than historical research

bought this for historical interest but was annoyed to find this was an opinion book rather than proper historical research. the author appears to receive daily abuse for her decision to live and dress in Victorian style and this book appears to be written as a response to the daily criticism she and her husband get. it only features thin scatterings of actual information on Victorian living with an air of smugness when comparing modern life to victorian equivalents. one thing in particular annoyed me, at the start of the book the author goes on about how infuriating it is to encounter historical stereotypes and general ignorance about history and yet she herself in a later chapter mentions vikings attacking castles which itself is an inaccurate historical stereotype.

fascinating commentary on life as a time traveler

fascinating commentary on rediscovering lived life as a Victorian along with a charming look at a couple with a dream starting a lived life together.

Yet another awesome book

Sarah has written yet again a fascinating tone, that brings insight, not just to someone’s life , but the life of all things 19th century America. This book is far more entertaining than a celebrity biography. So many areas of life is covered and there’s plenty of areas of society and life for everyone to enjoy

self satisfied, self indulgent nonsense, feeling the need to explain the utter obvious, very boring indeed

omg can this writter get anymore upherself

terrible. i was looking for a book about the Victorian life and someone that may have life it. not someone ranting on about how much better they are than everyone else because they are. hate it !!