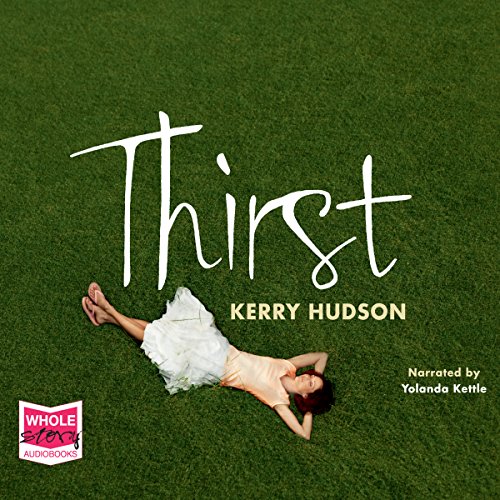 By: Kerry Hudson
Narrated by: Yolanda Kettle
Try for $0.00

The beginning of a relationship is usually all about getting to know each other. Not so for Dave and Alena. He's from London; she's from Siberia. They meet in a slick Bond Street department store, where she's up to no good, and it's his job to catch her.

So begins an unlikely relationship between two people with pasts, with secrets. But despite everything they don't have in common, they’re still fighting for a future together.

"An unusual love story...a refreshing change from the plethora of middle-class novel fare that simply holds a mirror to the majority of readers." ( Daily Mail)
"Hudson captures the bustle of life in Hackney and Russia with energy and a sharp eye for detail. [Her characters] have love, guts, humour and conscience." ( Guardian)

What listeners say about Thirst

Thirst was a very good listen. I just couldn't turn it off. Kerry Hudson transported me into this world and I felt like I was watching everything unfold first hand.
I liked both main characters and I thought the narrator pulled them off beautifully.

The main characters were very likeable and believable but there was just a little bit too much description of their surroundings and the moments of 'will they won't they' were all bit too drawn out and too repetitive. Also I felt that a couple of things were just not believable and just used to ramp up the drama which it didn't need. On the whole a good idea but a bit overdramatic for me. Great performance by Yolanda Kettle though.