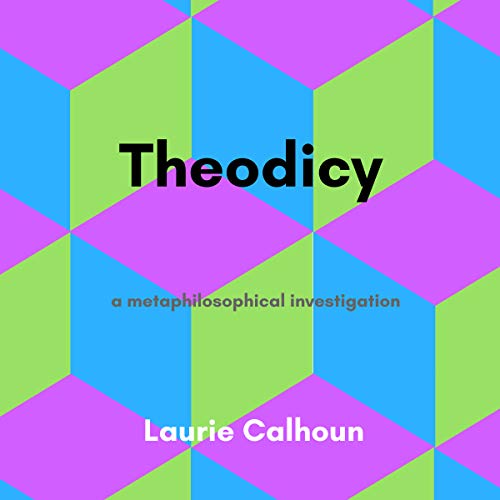 What happened to philosophy in the 20th century? Laurie Calhoun has an answer to this question, but you are probably not going to like it - certainly not if you are comfortably ensconced in academia. That would make you one of “the experts” taken to task and whose “expertise” is unmasked in Theodicy. If, on the other hand, you left philosophy perplexed, wondering what was going on, why none of your professors bore any resemblance whatsoever to Socrates, then you might be relieved to discover that there are historical grounds for your perplexity. Something did happen. And it was big.

Theodicy is a radical work of metaphilosophy, which begins as a deceptively simple examination of the question: how would things be different, if perspectivism rather than absolutism were true? The answer to that metaphysical question leads to an endless proliferation of other questions, culminating in a metaphilosophical theory about the nature of philosophy itself.

First published in an abridged form under the title Philosophy Unmasked: a skeptic’s critique, by the University Press of Kansas in 1997, the original, unabridged, no-holds-barred and in some ways shocking text of Theodicy, laid out as the author intended, is published in this new edition by Subversive Pulp Press to celebrate the 25th anniversary of its composition.

Praise for Philosophy Unmasked (the abridged version of Theodicy):

"A bracing gale of fresh thinking about the meaning and significance of philosophy. Calhoun’s subject is both the idea of philosophy itself and what has become of it in the academic setting. It is at once argumentative performance, metaphilosophical reflection, and razor-sharp critique of the academic status quo in philosophy today. Calhoun is the most consistent and unsettling skeptic I have read. This book is hard-hitting and controversial, but also well and carefully written, and cannot be read with indifference by anyone who cares about philosophy." (Barry Allen, author of Truth in Philosophy)

"Excellent and extraordinary. Calhoun’s root idea - that at bottom philosophy is a matter of seduction - is, to put it mildly, disturbing to most philosophers. Her critique will not be read with indifference by them or by those in other academic areas where there are ‘experts’ and ‘acolytes.’" (James Kellenberger, author of Relationship Morality)