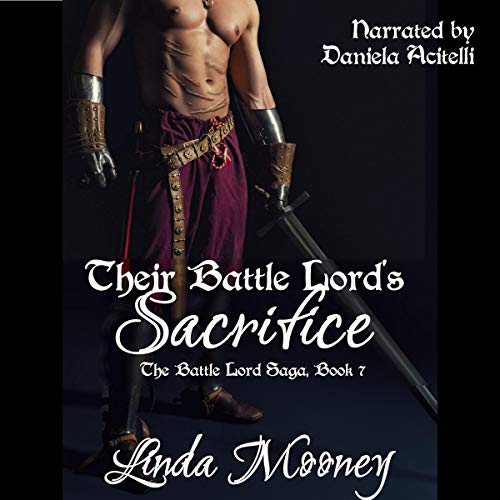 By: Linda Mooney
Narrated by: Daniela Acitelli
Try for $0.00

Even though the truce between Mutahs and Normals, established by Battle Lord Yulen D’Jacques and his Battle Lady, Atty, is getting stronger and becoming more widespread, there are still divisions. After surviving the trap that had been set for them at Rocky Gorge, Yulen and Atty must return to Alta Novis to see how their people have fared. But after a brief stop in Wallis, they discover that Bloods have infiltrated both Mutah and Normal fortresses, blending in and biding their time until they receive the signal to attack.

Someone is taking control of the surrounding fortresses and using trained Bloods to get what they want, but Yulen will protect his people at all costs. Aware of the Bloods’ deception, the Battle Lord is left with no other choice but to continue on alone. With their newborn daughter still nursing, Atty must stay behind, but when she senses Yulen is in danger, she will stop at nothing to save him.

However, when it comes to his families’ lives being on the line, Yulen will be forced to make the ultimate sacrifice.

What listeners say about Their Battle Lord's Sacrifice