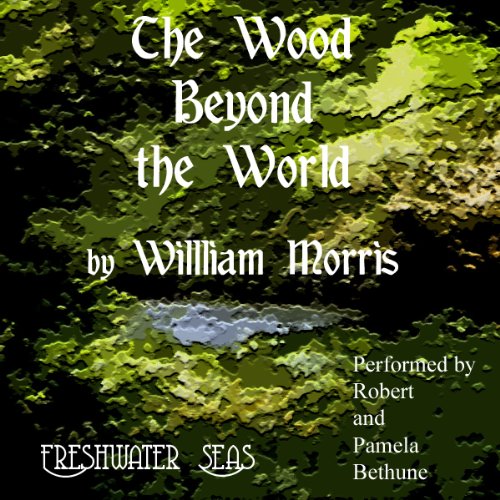 The Wood Beyond the World

By: William Morris
Narrated by: Robert Bethune,Pamela Bethune
Try for $0.00

For many readers and listeners, William Morris invented the genre of fantasy fiction. His novel The Wood Beyond the World transports his hero, Walter the Golden, from the English village of Langton-on-Holm across the seas to a magical kingdom in a forest beyond the known world, ruled by the Mistress, an extraordinarly beautiful, complex, and sinister woman. There he meets the Maid, a woman captured, enslaved, and tortured by the Mistress, who has magical powers of her own. By the strength of their love and the wisdom of the Maid, she and Walter make their escape through the land of the People of the Bear to the kingdom of Starkwall, where a fate even more extraordinary awaits them.

What listeners say about The Wood Beyond the World

How did fantasy fiction begin? With this book! The author wrote it in old-fashioned style, which is part of the fun, though you may have to perk up your ears and really listen at first, until you get used to it.

What does Robert Bethune and Pamela Bethune bring to the story that you wouldn’t experience if you just read the book?

I reallly enjoyed the way the readers voice the characters. Pamela Bethune makes the evil queen one of those sweet-voiced, catty creatures you just love to hate.

Good story but I didn't like the voice actors much

I love this story a lot but what drew me into the audiobooks were the voice actors which can make or break an audiobook and these actors didn't do it for me, they did a good job but I didn't didn't like their voices

Sorry I couldn't finish it.

I am big fan of William Morris the artist, but as an author he is much too flowery in his language, for my taste. Not only was the story slow-moving and tedious, but the reader's voice made it even more irritating. I don't like leaving a book unfinished, but I couldn't force myself to keep listening, getting to halfway was a test of endurance.