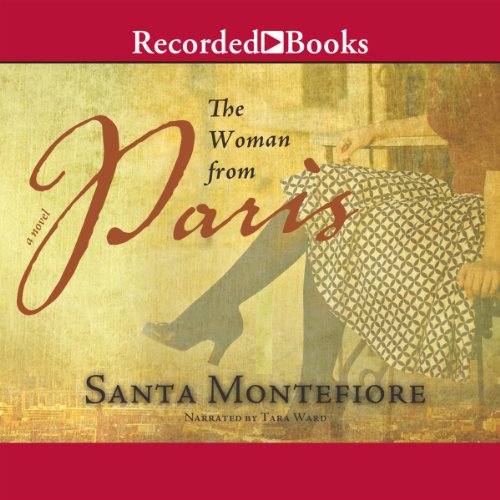 The Woman from Paris

By: Santa Montefiore
Narrated by: Tara Ward
Try for $0.00

From the internationally bestselling author of The French Gardener comes a sweeping and sophisticated romance about an aristocratic English family shocked by the revelations of a beautiful stranger from Paris.

When Lord Frampton dies in a skiing accident, a beautiful young woman named Phaedra appears at his funeral - claiming to be the Lord’s illegitimate daughter. In his will, Lord Frampton has left the priceless Frampton suite of sapphires to this interloper, confirming her claim and outraging his three adult sons and widow. Eventually, however, Phaedra’s sweet nature thaws the frosty relationships. She becomes the daughter that Antoinette Frampton never had and a wise and compassionate granddaughter to the formidable Dowager Lady Frampton. But an attraction grows between Phaedra and the eldest son, David. It seems an impossible love - blocked by their blood connection and by the fury of one family member who is determined to expose Phaedra as a fraud. Filled with the luscious scenery and enchanting characters her fans adore, Santa Montefiore’s The Woman from Paris is an unforgettable story about family, forgiveness, and the power of love.

What listeners say about The Woman from Paris

I'm new to author Santa Montefiore, having read only (and thoroughly enjoyed) "The Mermaid Garden". But even with just a taste of her writing style, I find her storytelling enchanting. Her choice of setting, this time in the countryside with the vibrancy of plants, woods and humorous dogs, her genuine talent in creating complex characters with views that lead to conflicting behaviors and her unrelenting commitment to the strength of hope and love all add up to a satisfying story. Another reviewer wrote that "The Woman from Paris" read "more like a Harlequin romance than an SM book," but since SM wrote the book, I chose to give a try and I'm glad I did.

A great storyline which reminded me of the PBS DAbbey series. Enjoyable great read with twists and turns to it. Multigenerational, very descriptive of a English countryside estate. Ups and downs of generations of country Lords and Ladies

Santa Montefiore is a great story teller. Did not like the performance. Phaedra sounded like a 16 year old bubble head. David sounded like a 60+ year old whinny old man. It was hard to enjoy the story. The narrator made it more bearable. Wish I had read it.

I enjoy this Author's work. The characters are so wonderful. This story is fun and read so beautifully.

I thought I knew how the story would end. boy was I surprise. never saw that coming.

I use audible to listen to books as I read. I love Santa Montefiore’s style. This is a good book. I suggest reading it because the narration is terribly poor. The narrators characterizations are just awful. I will continue to buy her books, but I will listen more carefully to the sample.

It is the woman from Paris?!?! Imagine my shock and confusion when she appears with an American accent, oh no she is CANADIAN?!? I have just begun the book but this had me so baffled I had to write the review. For some reason she is Canadian not French and the accent and voice used for her is very distracting. I am hoping I can manage to finish the book as I love Santa Montefiore’s books but I am not sure so I am writing this review now...

Too perfect heroine and annoying voice

Heroine was too perfect. Too cookie cutter and her whiney voice almost made me stop the book. Usually love this author but this is not her best.