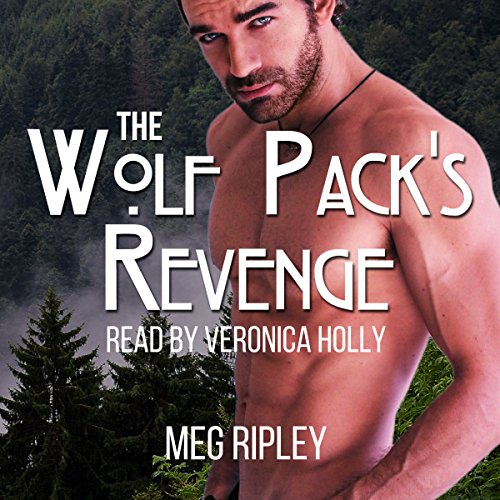 The Wolf Pack's Revenge Packs of the Pacific Northwest, Book 3

By: Meg Ripley
Narrated by: Veronica Holly
Try for $0.00

The man who made me into a werewolf turned me into a cold-blooded killer, but he went too far the night he tried to force me to murder my own sister.

With his death, the bonds that tied me to him were broken, but I had no idea that my nightmare wasn't over - or that the man of my dreams might find me when I least expected him. Noah Longtail might be everything I ever needed, but this handsome federal agent can either send me to hell or be the angel that saves my soul.

My only shot at redeeming myself and clearing my name is to turn state's evidence. Stashed away in a safe house with only Noah for company, it's all I can do to avoid the temptation of his chiseled body and perfect mouth. My only goal is to get through this with my life intact, but the Wolf Brotherhood won't stop until all of the loose ends are tied up. That means I'm not safe. And neither is my sister.

They'll stop at nothing to take us out, but I'm tired of being their victim. Those biker sonsabitches have no idea what's about to hit them.

They've messed with the wrong bitch this time.

What listeners say about The Wolf Pack's Revenge Packs of the Pacific Northwest, Book 3