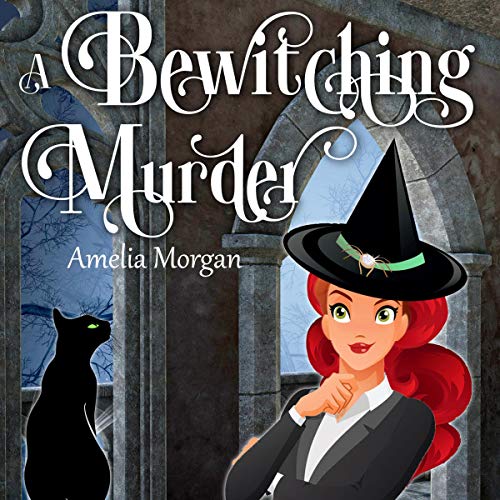 The Witches of Enchanted Bay: A Bewitching Murder

By: Amelia Morgan
Narrated by: Lainie Pahos
Try for $0.00

Donut shop manager and secret witch Meg Walton has her picture-perfect small town life rocked when she finds out her old friend, Paige Martin, has died in Los Angeles.

The police have ruled the death a suicide, but Meg's gut instinct is telling her foul play was involved. As Meg retraces the final days of Paige's life, she becomes convinced that her friend's death was murder. When the police brush Meg's theory off, she knows the only way for justice to be served is to find Paige's killer herself.

What listeners say about The Witches of Enchanted Bay: A Bewitching Murder

A Bewitching Murder (The Witches of Enchanted Bay #4) by Amelia Morgan was a great quick read. Another murder happens too close to home for Meg. Her old friend Paige died in Los Angeles. Meg goes out to Los Angeles in order to prove that Paige was murdered and did not commit suicide. This has been a good series following Meg and Connor.

I really like Meg who is a donut shop owner and a fun witch , she puts her sleuthing skills to the ultimate test when she investigates her best friends apparent suicide , she knows In her heart Paige would never do such thing. Though the police will not listen , meg will not stop til she finds out the truth!

This is part of a series but a great stand alone book. This book has humor, and is a little paranormal cozy mystery. Meg works with her Detective boyfriend and of course her powers of being a witch to help solve murders. Meg finds a friend as committed suicide. She goes to Enchanted Bay to the funeral. She was meeting dead ends in the investigation, then her Mom said something which gave he a glue. You have to readvto see how this story goes. The characters are believable and interesting. The narration Lainie Pahos does is good. This is a great read, a great family read, and could be used for your teens. This book is clean no gore, sex or foul language.