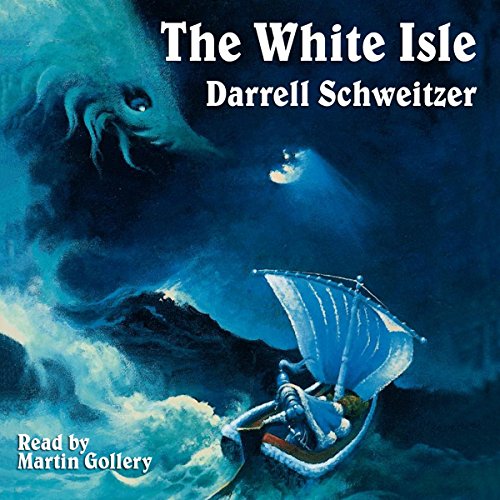 By: Darrell Schweitzer
Narrated by: Martin Gollery
Try for $0.00

Darrell Schweitzer's first novel is a powerful tale of Prince Evnos of Iankoros, who seeks to reclaim his bride from the God of Death. Rich with strange sorceries, grim mythologies, and hostile gods, this is a tale of heroism and horror, seeming triumph and subsequent tragedy, and strange turns of fate which none of the characters could possible foresee. It is a modern classic reminiscent of E.R. Eddison, Ursula K. Le Guin, and Lord Dunsany - and yet uniquely the author's own.

What listeners say about The White Isle

Unsure what to take away from this story

I found the White Isle to be an uneasy mix of fantasy epic and horror. The language and story form is reminiscent of Phyllis Eisenstein or Ursula LeGuin's more young-adult style, but changes to a graphic description of Dante's Inferno part-way. After a jarring switch of scene, it attempts to switch back, but the reader is left with an impression of a world without hope, and somewhat without internal consistency. I struggled through, hoping that the story might become brighter or more purposeful, but was ultimately disappointed.

occasionally wooden, but did attempt to give life to the story, and used multiple voices for the different characters.

The story of Prospero gone bad

Readers familiar with Darrell Schweitzer probably think of him mostly as someone who writes short stories, edits magazines and anthologies, and writes books and essays about speculative fiction. But he’s written a few novels, too. The White Isle, published in 1989, is one of these, though it was originally serialized in the magazine Fantastic in 1980. It tells the story of Prince Evnos of Iankoros who we meet as a boy and follow into madness.

The story is divided into two parts. In the first section, Prince Evnos is born, raised, educated, married, and sent off to war. When his wife dies in childbirth, he is enraged, so he learns to be a wizard and descends into the underworld to get her back. In the second part, he lives a miserable life on a rocky island with his unhappy daughter.

As Darrel Schweitzer reports in a 2003 interview with G.W. Thomas, The White Isle was his “attempt to write tragedy” when he was in his early twenties. The story was inspired by the Orpheus myth, Clark Ashton Smith’s “The Isle of the Torturers” and Shakespeare’s The Tempest (he says “it is the story of Prospero gone bad”). The premise is that “Life’s a bitch and then you die. The afterlife is worse…. everyone goes to Hell.” Not surprisingly, then, The White Isle, which is written in an archaic sounding style, is bleak and depressing.

The misery is somewhat alleviated by some wonderful imagery, especially when Prince Evnos is in the underworld. The story reminded me of Tanith Lee’s FLAT EARTH books with its dark underworld mythology, decadent visions, and lack of a hero, but while Lee writes gorgeous prose which elicits powerful emotions, Schweitzer’s prose is dull and detached. That, unfortunately, was its downfall. With misery heaped upon misery, it needed something more to lift it up.

I listened to the audiobook version produced by Wildside Press. It was narrated by Martin Gollery who has a pleasant voice, but whose interpretation, inflection, and tempo was not of professional quality.

As I learned in the interview with G.W. Thomas, Schweitzer considers The Mask of the Sorcerer to be his best novel-length work. I look forward to trying it, but I can’t heartily recommend The White Isle.