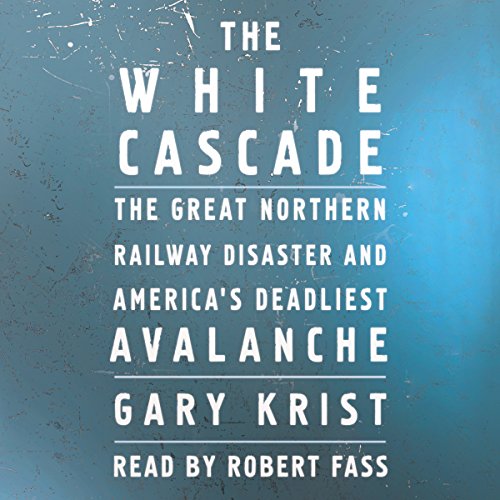 From renowned writer and travel journalist Gary Krist comes the never-before-told story of one of the worst rail disasters in US history in which two trains full of people, trapped high in the Cascade Mountains, are hit by a devastating avalanche.

In February 1910, a monstrous blizzard centered on Washington State hit the Northwest, breaking records. The world stopped - but nowhere was the danger more terrifying than near a tiny town called Wellington, perched high in the Cascade Mountains, where a desperate situation evolved minute by minute: two trainloads of cold, hungry passengers and their crews found themselves marooned without escape, their railcars gradually being buried in the rising drifts.

For days, an army of the Great Northern Railroad's most dedicated men - led by the line's legendarily courageous superintendent, James O'Neill - worked round-the-clock to rescue the trains. But the storm was unrelenting, and to the passenger's great anxiety, the railcars - their only shelter - were parked precariously on the edge of a steep ravine. As the days passed, food and coal supplies dwindled. Panic and rage set in as snow accumulated deeper and deeper on the cliffs overhanging the trains. Finally, just when escape seemed possible, the unthinkable occurred: the earth shifted and a colossal avalanche tumbled from the high pinnacles, sweeping the trains and their sleeping passengers over the steep slope and down the mountainside.

Centered on the astonishing spectacle of our nation's deadliest avalanche, The White Cascade is the masterfully told story of a supremely dramatic and never-before-documented American tragedy. An adventure saga filled with colorful and engaging history, this is epic narrative storytelling at its finest.

What listeners say about The White Cascade

This book turned out to be a far more enjoyable listen than I anticipated. I figured it would be detailed, but it never bogged down in stats or an over abundance of context. The story is told on a very human level with attention paid to the company's needs to over come the storm as well.
The narrator had a consistently good tone of voice and read with appropriate attention to mention without turning it into a stage play as so many do.

This is a factual historical account that reads like a novel. I wish my history books in school had been written like this. History should be, if nothing else, a story! Love this book.

The true story surrounding the disastrous events of the loss of life amidst a poorly conceived mountain pass railway in Western Washington state will astound you. The story to construct the rail line through the Cascades at all costs without regard to the avalanche dangers that are omnipresent during the winter months showcases the stark choices between safety versus capitalistic aims. Although we know at the outset of the disaster story ... it’s the backstories culled from painstaking research by Gary Krist that makes the book an interesting listen ... and the hopes of learning who survives the tragedy.