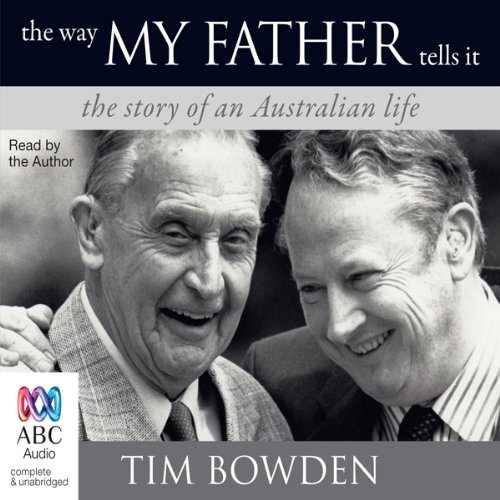 The Way My Father Tells It

The Way My Father Tells It

"It isn't easy to reminisce, alone, into a tape recorder. Yet that is what I asked my father, John Bowden, to do when, in the late 1980s, I suggested he should not only record our family history, but reflect on a life that embraced almost the entire 20th century. Then in 1998, at the age of 91, Father 'woke up dead' in his own bed, in his own house (which he never wanted to leave), not long after adding a postscript - a final chapter to his life story.…"

The Way my Father Tells It is a story of the joys and sorrows of childhood and adolescence, of falling in love, going to war, and returning to re-establish a family life. It is filled with wry charm and self-effacing humour and is a wonderful evocation of an Australia now changed beyond recognition.

Really enjoyed listening to the life story.
This man had a life that is probably best understood by older generations but should be listened to by all to gain an understanding of life during the beginning of the twentieth century. A story of family and life.