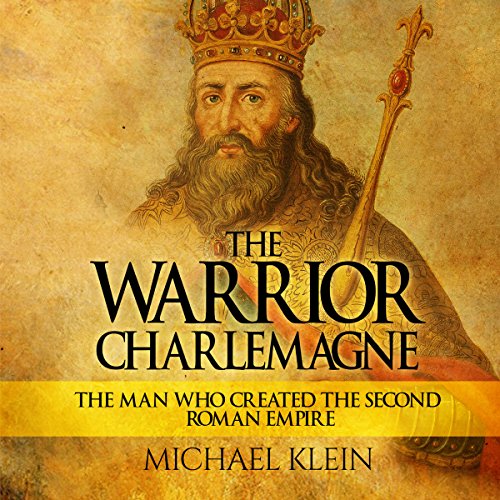 By: Michael Klein
Narrated by: Kenneth Maxon
Try for $0.00

In the middle of the eighth century, Europe was in a state of upheaval. The Islamic armies were still waging wars from Spain while Vikings began raiding from the north. Heathen tribes in the west still fought constant skirmishes with one another over land and power, while the Catholic Church remained the only hope of stability in the realm. The French kingdoms were recently united, and with their unification, one of the greatest rulers of all time took the throne.

The great barbarian king Charlemagne lived a prosperous life, conquering his enemies and setting Europe onto the path of reform. Over the course of his 72-year life, Charlemagne waged wars with his enemies and conquered their territory. He subjugated the conquered people, bringing them under the rule of the Franks while giving them the access to the things they haven't had since the fall of the Roman Empire.

Though his motivation was to spread Catholicism to those who did not worship his God, Charlemagne's reforms made it possible for them to remain in his kingdom and live a prosperous life. Through the alterations in education, currency, art, music, and leadership, Charlemagne brought stability back to Europe, setting it on the path to thrive for years to come.

What listeners say about The Warrior King Charlemagne

Very informative book ,covers the life and times of Charlemagne well. Shows you both the hard and good sidess