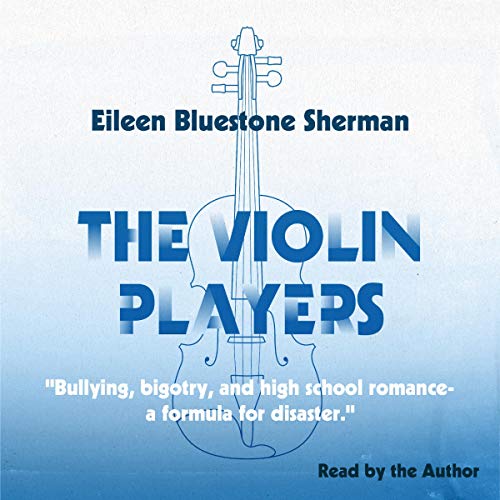 Savvy New Yorker, 15-year-old Melissa Jensen, suddenly finds herself a “stranger in a strange new land,” when her father accepts a temporary (seven months to be exact) teaching assignment in a small college town in the Midwest, tearing her away from her friends in Manhattan.

She was supposed to be the lead in her school play, captain of the debate team, and first violinist in the school orchestra. Instead, she must forfeit her Junior year glory and venture out to an obscure town in “the middle of nowhere.”

Her father’s offer of letting her live in New York with her grandparents is equally unappealing. No way will she follow their strict, Orthodox Jewish rules.

Incredibly, her new school is filled with  surprises! First, there’s her new drama teacher, a former Broadway actor. And who would have guessed that her new orchestra would be every bit as good or maybe even better than hers in New York. And what about that remarkable boy, named Daniel Goodman (the one with those dreamy eyes), who shares Melissa’s passion for playing the violin? Meanwhile, the coolest kids at school treat her like a celebrity for simply having grown up in the “Big Apple.”

Everything seems too good to be true, until Melissa comes across something she never experienced - antisemitism. Sure, she knows it exists everywhere…including New York City. But never in her neighborhood! No one in Henryville suspects that she is Jewish, but when Daniel, the only known Jewish student in school, is bullied by a bigoted star of the football team, Melissa must make a choice. Her decision should be clear-cut, but life is never that simple.

What listeners say about The Violin Players

Delightful story of moving into a new culture

When your parents say ‘We are moving! It will be an adventure’ Look out.
This story reminds me of how it really felt to have my life upended during high school and Ms Sherman captures the feelings exactly.
Throw in som serious life lessons about how different groups of teens can be incredibly insensitive to their fellow classmates, to the point of baseless hatred, and you have an interesting dynamic.
Read this novel to find the outcome and finish with a smile.

I enjoyed it. Pleasant YA novel with antisemitism as a theme

Cute story of NY teen temporarily transplanted to midwest and facing some high school antisemitism. She grows through the experience. Would think a nice read for a teenager particularly if a girl. But again I am enjoyed it and am not one.
The performance was good.

I’m feeling blue in quarantine in rural Virginia and “The Violin Players” took me away to the world of creative arts and NY theater and a teen who struggles to fit into a new culture and overcome bullying and anti-semitism.
It’s a mitzvah.