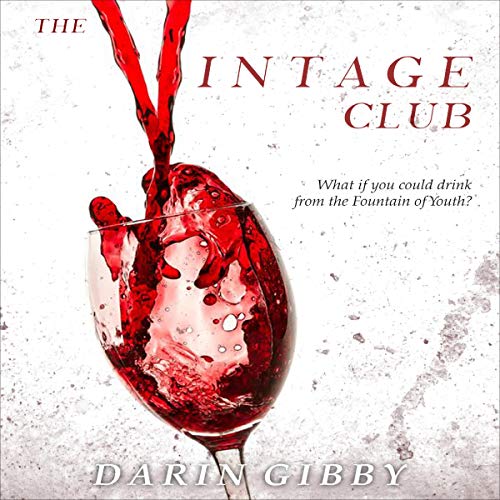 Yes, if the grapes are an ancient varietal - or so the members of the Vintage Club believe. Made up of some of the world's wealthiest industrial magnates, the club conducts secret scientific research to discover what has eluded humans throughout history: The elixir of life. Their quest hits a snag when scientist Walter Trudell is murdered. The prime murder suspect is his godson Reggie Alexander, a patent attorney whom Trudell once saved from a life of poverty in northeast Washington, D.C. As soon as news of the murder spreads, Reggie goes into hiding - soon after his wife and son disappear. After being chased by mysterious assailants, beaten unconscious, and planted with a bug, Reggie must come to grips with his own private demons while figuring out how to save his family.

The Vintage Club is a thriller that both explores the ancient Christian symbolism of wine and imagines ways that modern nanotechnology could be used to discover the fountain of youth.

What listeners say about The Vintage Club

I loved every second of this book! While I did have a feeling about who the "killer" was, I was left wondering right up to the last little bit of the book. Also, there were parts that literally made me yell "WHAT???!!!" out loud. The tie in between wine, immortality and Christianity was very interesting to me. The main character is basically going up against a cult to clear his name of some troubles with the law. The ending was a huge twist and made me sit back and think about all the transpired in the last few chapters.

The narration was fantastic. I did end up speeding the book up to 1.5x BUT that is all personal preference as I am sure the narration speed is just fine to other people. The narrator had great control over his voice and was able to add in accents that weren't too overdone or exaggerated.

I am going to be looking for more books by this author, for sure!

Fun thriller that plays with interesting concepts. A few characters are a bit generic, but worth the read.
Talented voice artist.

"A murder, a funeral and a pink slip."

Adopted as a youth into a social experiment to improve lives of deprived children, Reggie had done well, from poor kid seeing his mother killed by his father, to himself a father in a most!y contented marriage, a good job with the patent office, and loving, If eccentric godparents. But it all falls apart when his godfather is found dead and Reggie believes he is thought to be the murderer.

A convoluted story of religious obsession and ,t,lreal - mad, perhaps, but, well, solid. Narration by Harry Shaw adds to the substance of these people, each given their own distinctive voice and the whole read with good pacing, clear modulation which stops the text ever becoming boring, and just a little touch of emotional imput. A good performance.

My thanks to the rights holder of The Vintage Club who, at my request freely gifted me with a complimentary copy. The protagonists might have been OTT in beliefs progressions but it was still an exciting, easy to read thriller which da Vinchi code.readers are likely to enjoy. Good read, good fun. Give it a go.