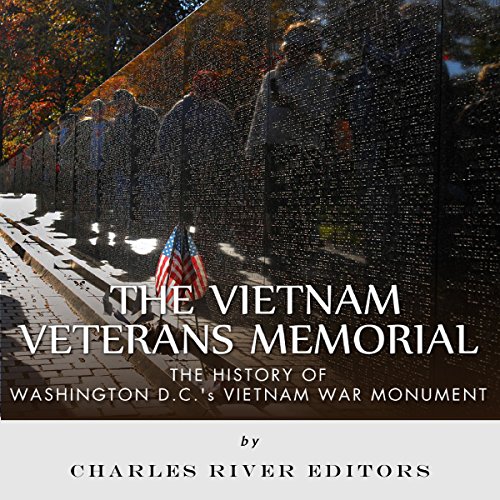 By: Charles River Editors
Narrated by: Robert Diepenbrock
Try for $0.00

Johnson sent fewer than 5,000 Marines to Vietnam in early 1965, but he quickly upped it to 200,000 by the end of the year. There was no going back. By the end of the decade, Vietnam had left tens of thousands of Americans dead, spawned a counterculture with millions of protesters, and destroyed a presidency. And more was still yet to come.

The Vietnam War remains one of the most controversial events in American history, and it bitterly divided the nation. It is somewhat ironic that the most famous monument commemorating the war is also on one of the most serene spots in the nation's capital. The Vietnam Wall is a place of almost eerie silence where even children cease their chatter. Rising out of the ground like an ancient obelisk, it calls upon its visitors to stop talking and to look and gaze upon the magnitude of America's great mistake, a war that began in whispers and ended in tears.

At the same time, the monument speaks volumes not just about the nature of war but the utter catastrophe that occurred in Southeast Asia. Visitors who may have come from the bustling Lincoln Memorial nearby are often struck by the length of the wall, a solemn but powerful reminder that Vietnam claimed nearly 60,000 American lives.

What listeners say about The Vietnam Veterans Memorial