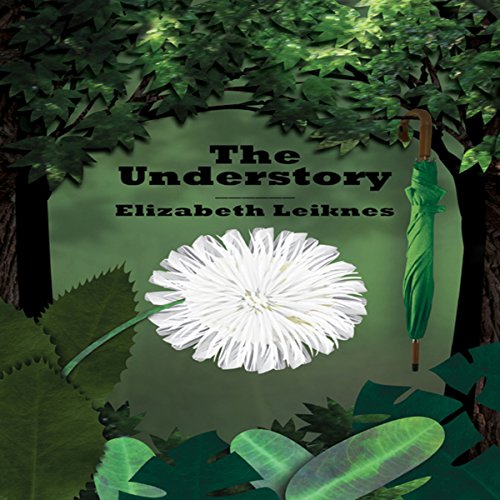 By: Elizabeth Leiknes
Narrated by: Karyn O'Bryant
Try for $0.00

Story Easton knows the first line of every book, but never the last.

She never cries, but she fakes it beautifully.

And at night, she escapes from the failure of her own life by breaking into the homes of others, and feeling, for a short while, like a different, better person.

But one night, as an uninvited guest in someone's empty room, she discovers a story sadder than her own: a boy named Cooper Payne, whose dream of visiting the Amazon rainforest and discovering the moonflower from his favorite book, Once Upon a Moonflower, died alongside his father.

For reasons even she doesn't entirely understand, Story decides that she will help Cooper and his mother. She will make his dream come true.

When the decision is made, the lives of other broken people start to come together: Hans Turner, the door-making magician who can't shut the door on his past; Martin Baxter, the author of Cooper's beloved book, who wrote it with the daughter he misses every day; and Claire Payne, Cooper's mother, struggling to keep her son sheltered from the anger that threatens to consume her.

The Understory is a magical, moving, funny, and poignant story of failure and success; of falling apart and rebuilding; and of coincidences that never really are. Part comedy, part drama, and part fairy tale, Elizabeth Leiknes's second novel is a wonder you won't soon forget.

What listeners say about The Understory

I must admit I had no idea where the plot was going to go in the beginning but I was pleasantly surprised by how it unfolded to reveal a meaningful, funny, and authentic story. Journeying alongside Story Easton's failure of a life, she discovers that just when one thinks they’re at the end and nothing more can be done, all they have to do is let go and see what happens. Elizabeth Leikness masterly weaves the stories of all the characters to a magical end, leaving you feeling nostalgic and ready for new adventure at the same time.

I truly enjoyed Karyn O'Bryant's narration. She has a abundant range of voices that very with age and depth. I loved listening to her bring the story of Story to life.

I would recommend this book.

This book was given to me in exchange for an honest review.

A fantastic narrator brings this story to life. Karyn O'Bryant varies characters with nuance and style. A great listen!

I was provided this audiobook at no charge by the author, publisher, and/or narrator in exchange for an unbiased review via AudiobookBlastdotcom

I can’t say I was transported to another world while listening to this book. I can’t say it moved me as it apparently has others (see the 5 star reviews). What I can say is that it is a unique combination of events put together in such a way as to be on the edge of enthralling. I simply couldn’t stop listening.

Story Easton certainly grows and changes for the better. This is something that current writers are seeming to forget: that protagonists aren’t supposed to be the same at the end of the book as they are at the beginning. We read to escape, yes, of course. We read to peek into the lives of others. (BTW, Story takes that idea to the extreme by sneaking into the homes of others. We should understand that desire even if we never follow through.) Yet, ultimately, when we read, we should see that it is possible to learn, to grow, to change as a person. (OK, so the villains only seem to grow more villainous most times. That doesn’t always apply to the protagonist saturated in the well of goodness.)

But Story isn’t the only one who grows and changes. It’s as though the mere ghost of her presence affects those around her and vice versa.

I can say that this is one story fit for all ages. I can say that what the blurb teases, the book follows through without disappointment. I can also say, this book is worth more than the simply enjoyment a novel usually brings and there are depths there to explore.

It is possible that I will read/listen to this book again and find something I’ve missed which will enthrall me just a bit more.

If you could sum up The Understory in three words, what would they be?

What other book might you compare The Understory to and why?

This is a very unique book and I can't think of another book to compare it to.

How she did Story's mother's voice.

If you could rename The Understory, what would you call it?

Actually the name is appropriate and I wouldn't change it.

Story is sort of the poster child for the poor rich spoiled girl.

She has a bossy, dominant, no nonsense, pragmatic mother who loves Story but never showed Story any affection. The only whimsical thing that Story's mom ever did was in her naming of Story. Story's name is Story Thyme. Ha, ha. Another reason why Story feels unconfident.

Story doubts herself and her abilities and never finishes any thing she starts. She sees herself as a failure and is very sarcastic about the world. The way she gets her ups and jolly's is by breaking into other people's homes, imagining to them and sleeping in their beds. A modern day Goldilocks.

When she discovers a young boy who appears to be more depressed then she is, she decides to change his life and make his dream come true.

All the major characters in the book have issues with unresolved guilt and mourning. Story is the lynch pin which connects all these characters and brings about change, growth and maturation in their lives.

The book may not be one of my personal favorites, however it is a very interesting unique book that would be good for the classroom and or book group discussions.

“I was provided this audiobook at no charge by the author, publisher and/or narrator in exchange for an unbiased review via AudiobookBlast dot come”

Well, what can I say about this audiobook? It's a very unique book within a book - I love how it weaves the story of a children's book into the main story - but I almost gave up on the book at the very beginning as the main character, Story Easton, was rather creepy and unbelievable. She likes to sneak into other people's houses and find an empty room and sleep there, and if there are shoes in the room, she'll try them on and pretend she is someone else. Something made me keep reading though, and I ended up wanting to find out how everything was going to end up. The narrator, Karyn O'Bryant, was very good.

I was given a free copy of this audiobook for an honest review.

This was an unusual story about a girl who needs to find something she can complete with success and a man she meets who fixes and usually forgets things.Narrated wonderfully by Karyn O'Bryant,we are taken thru a myriad of emotions and feelings that we all have experienced at some time.Story,our main character ,finds a story that is sadder than what she has lived thru and she wants to make it right for a little boy whose father has died.Sometimes confusing,always interesting,this is a good read!"I was provided this audiobook at no charge by the author, publisher and/or narrator in exchange for an unbiased review via AudiobookBlast or MalarHouse dot com"