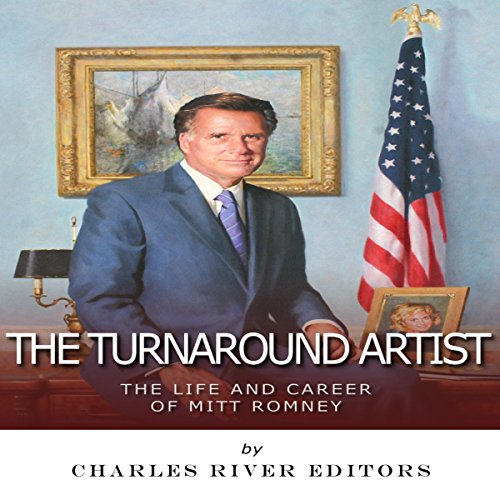 In 2012, America's first African-American president, Barack Obama, will be running for reelection against one of the least conventional Republican politicians the country has ever had. From his Mormon faith to his governorship of the very blue Massachusetts, Mitt Romney has left many on the right wondering whether he possesses the traditional conservative values that they deem necessary, even as he has spent two straight Republican primary seasons burnishing his conservative credentials. On the other side, Romney's political career and ideology have led to charges by Democrats that he's a flip-flopper who will take whichever side of an issue is politically expedient at the time. Throw in the fact that many Americans of all political stripes view his forthright and serious demeanor as overly wooden and not personable, the very opposite of a natural politician like Bill Clinton, and people unfamiliar with Romney and his career must certainly be left wondering how he's on the verge of becoming the next President of the United States.

Yet the former governor does indeed stand on the precipice of history, in the midst of an election that everyone anticipates will be a nail biter. 2012 is just the most recent chapter in the life of the turnaround artist, as he was known at Bain. In many ways, Romney's life and career have been a string of surprising successes. Dubbed a stiff, wooden politician, it was Mitt's outgoing personality that won over childhood sweetheart and wife of 40+ years Ann Davies. A jocular prankster in high school, seriousness was instilled in Romney during a mission in France in which he was badly injured in a car crash, with the woman sitting next to him killed in the wreck.

The best known parts of Romney's career have also been about turnarounds. After becoming a student at both Harvard Business School and Harvard Law School simultaneously, Romney became a business superstar working as a consultant at Bain & Company, where he was dubbed "the turnaround artist" for helping failing businesses become industry titans. Romney also worked his turnaround magic for the 2002 Olympics in Salt Lake City, fixing a massive budget shortfall there and parlaying his good name into winning the governorship of Massachusetts.

Since 2002, Romney has been at the forefront of state and national politics, with a governorship that he would term moderate and others would label controversial. Of course, the hallmark legislation was his health care plan, which he has forever been at pains to distinguish from Obamacare. After a fairly decent showing in the 2008 primaries, he managed to become and remain the frontrunner in the 2012 Republican primaries, when voters couldn't settle on a suitable conservative running to his right. As a result, Romney wrapped up the Republican nomination long before conservatives began to warm up to him.