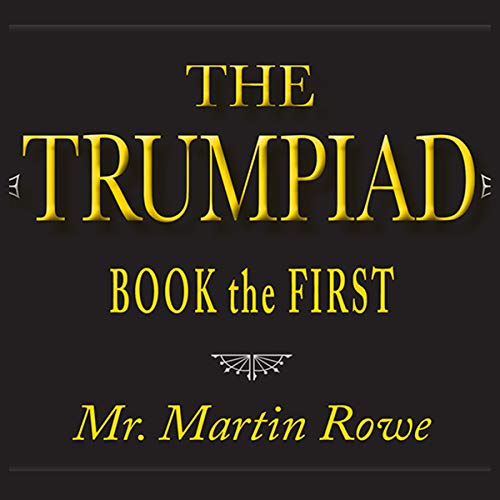 The Trumpiad: Book the First: A Satirical Poem in Twelve Cantos

The Trumpiad: Book the First: A Satirical Poem in Twelve Cantos

When history books are written about 2017 and the year that preceded it (assuming that something called “writing” survives, some things called “books” remain, and any human settlements exist to recollect anything in the way of “history”), it may be possible to consider with a degree of equanimity the character of the 45th president of the United States, the reasons for his election in November 2016, and what either tell us about the people who voted for him or those who thought it unimportant to vote at all. Until then, however, there is The Trumpiad. Written in the style and verse-form of "Don Juan" by Lord Byron, this epic poem in twelve cantos is a cri de coeur, a pungent satire, and a richly allusive Jeremiad on the times we live in, as well as a throwback to the mock-heroic epics of Alexander "Pope’s Dunciad" and Ariosto’s "Orlando Furioso."

What the critics are saying:

“The expense of spirit in a waste of shame, is Rowe in action.” -William Shakespeare

“Once I picked up this book, I couldn’t wait to put it down.” -Jane Austen

“An immoral, tasteless, and disgusting work. I loved it.” -P. G. Wodehouse