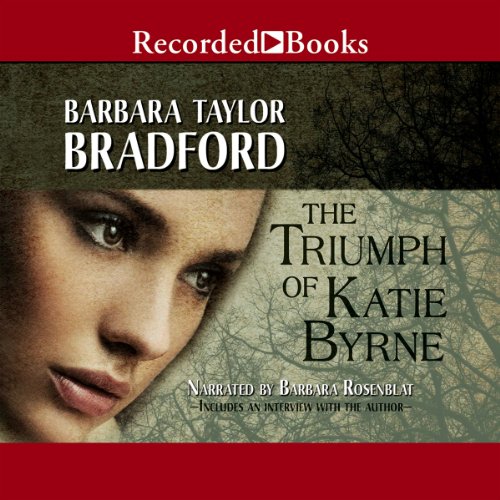 The Triumph of Katie Byrne

By: Barbara Taylor Bradford
Narrated by: Barbara Rosenblat
Try for $0.00

Barbara Taylor Bradford is one of the best-selling authors in the world, having sold more than 60 million copies of her novels - several of which were adapted into television miniseries. She is beloved for her strong female heroines and her romantic, pause-resisting plots.

17-year-old Katie Byrne and her friends Denise and Carly share fantasies of making it on Broadway. But when Denise is killed and Carly left in a coma after a savage attack, Katie must reach for the stars on her own. Many years later, an acclaimed Broadway performance ignites Katie's career. And when she falls deeply in love, it seems like icing on the cake. But the crime against her friends has never been solved, and the haunting memories may be too much to overcome.

Bradford showcases all the elements that have made her fiction enormously popular while spinning a powerful tale of the courage needed to overcome devastating tragedy. Narrator Barbara Rosenblat triumphantly conveys the emotional extremes of Katie's quest.

What listeners say about The Triumph of Katie Byrne