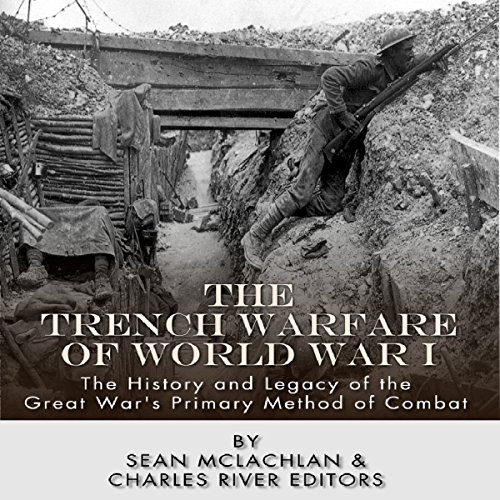 The Trench Warfare of World War I

"God would never be cruel enough to create a cyclone as terrible as that Argonne battle. Only man would ever think of doing an awful thing like that. It looked like the abomination of desolation must look like. And all through the long night those big guns flashed and growled just like the lightning and the thunder when it storms in the mountains at home. And, oh my, we had to pass the wounded. And some of them were on stretchers going back to the dressing stations, and some of them were lying around, moaning and twitching. And the dead were all along the road. And it was wet and cold. And it all made me think of the Bible and the story of the Anti-Christ and Armageddon. And I'm telling you the little log cabin in Wolf Valley in old Tennessee seemed a long long way off." - Alvin C. York

World War I, also known in its time as the "Great War" or the "War to End all Wars", was an unprecedented holocaust in terms of its sheer scale. Fought by men who hailed from all corners of the globe, it saw millions of soldiers do battle in brutal assaults of attrition which dragged on for months with little to no respite. Tens of millions of artillery shells and untold hundreds of millions of rifle and machine gun bullets were fired in a conflict that demonstrated man's capacity to kill each other on a heretofore unprecedented scale. And as always, such a war brought about technological innovation at a rate that made the boom of the Industrial Revolution seem stagnant.

The enduring image of World War I is of men stuck in muddy trenches, and of vast armies deadlocked in a fight neither could win. It was a war of barbed wire, poison gas, and horrific losses as officers led their troops on mass charges across No Man's Land and into a hail of bullets. While these impressions are all too true, they hide the fact that trench warfare was dynamic and constantly evolving throughout the war as all armies struggled to find a way to break through the opposing lines.

What listeners say about The Trench Warfare of World War I

This track covers small arms, artillery, type of observation, and other aspects of trench warfare. It is not heavy on first hand accounts or imagery of what the fighting is like. It addresses more of the technology, equipment, and methods of trench warfare. Still a good choice if interested in this kind of stuff. The small arms and artillery sections were detailed (given the length of the work). I think people interested in this kind of stuff will enjoy this work.

Should've been titled "weapons of wwl"
My mind kept drifting as I was listening and thats never a good thing when listening to an audio book.