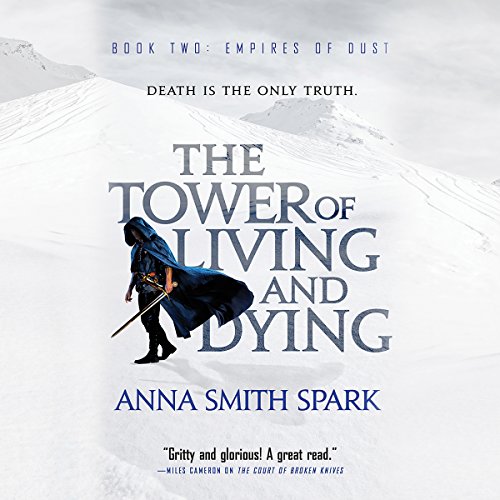 The Tower of Living and Dying

A powerhouse story of bloodshed, ambition, and fate, The Tower of Living and Dying is a continuation of Anna Smith Spark's brilliant Empires of Dust trilogy, which began with The Court of Broken Knives.

Marith has been a sellsword, a prince, a murderer, a demon, and dead. But something keeps bringing him back to life, and now there is nothing stopping him from taking back the throne that is rightfully his.

Thalia, the former high priestess, remains Marith's only tenuous grasp to whatever goodness he has left. His left hand and his last source of light, Thalia still believes that the power that lies within him can be used for better ends. But as more forces gather beneath Marith's banner, she can feel her influence slipping.

Listen to the second book in this "gritty and glorious!" (Miles Cameron) epic fantasy series reminiscent of Joe Abercrombie and Mark Lawrence where the exiled son of a king fights to reclaim his throne no matter the cost.

Empires of Dust triology: The Court of Broken Knives and The Tower of Living and Dying

What listeners say about The Tower of Living and Dying