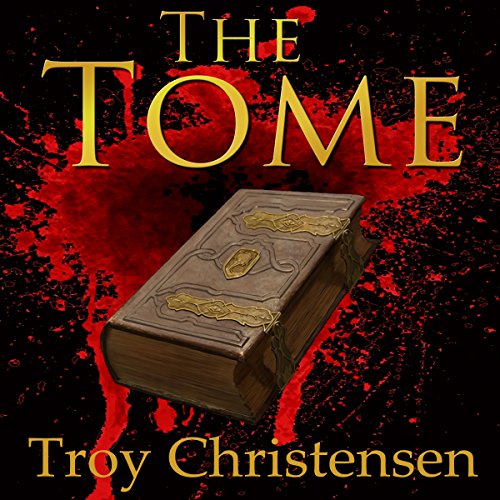 By: Troy Christensen
Narrated by: William Turbett
Try for $0.00

Wild Bill Coyote never played a hand of poker unless his back was to the wall, except the time when a kid put a bullet through his brain. Jim Jason wasn't going to make a similar mistake, as he nestled himself in the corner of the Wallace Terrence Library gazing across the large open atrium. Jim Jason - harassed, berated, and bullied at school - never thought he would be able to exact revenge against his fellow students. Then one day, he finds an ancient book, the tome. The many varied short stories whisper to him, telling Jim how to get even, to take what he wants in the world. He realizes the power on the yellowed pages and focuses all his lusts and desires onto the one girl he wishes to have. What are the costs for this power to bend time and the minds of others?

What listeners say about The Tome

This story was OK. I think a lot of people might enjoy this and if I had not read other books with similar tropes. This was an audiobook version and the narration was not jiving with me so that played into it as well. Either way, it was a quick read.